It's been predictably quiet on the birding front. There was a tantalising Little Bittern within my self-imposed striking distance at Stocker's Lake in Herts. recently. However, it only really seemed to show at the weekend which is much harder for me to twitch on and once I'd put myself on stand-by for going for it during the week it was never reported again. The New Brighton Little Swift did also catch my attention though in the end I decided that the distance was too far for something which wasn't going to be a sure thing - twitching a swift is never going to be easy. The best bet would have been when it was spotted going to roost on Friday night but I was busy all day Saturday so that was never going to be a possibility.

As readers will know, in the absence of any birding action I'm whiling away the summer doldrums chasing butterflies. So far I'm not really going on any major trips further afield, rather I'm keeping it all rather local. Fortunately the local area turns out actually to be rather good for butterflies with the rare Black Hairstreak a local speciality. This rare butterfly has a very brief flight season of only a few weeks so it's easy to miss them as I did last year when they came out early. Accordingly this year I'd been keeping a close eye on sighting reports via the Upper Thames Branch of the Butterfly Conservation web-site. With the weather having been so bad it looked like the Black Hairstreaks were late this year. It also meant that one had to grab the opportunity of a decent day to look for them when it came along. Therefore, a couple of weeks ago with a reasonable morning forecast I went to Whitecross Green Wood to take a look. It was nice to re-acquaint myself with the grassy rides of this beautiful wood and I took my time observing the insect life there. There were quite a few damselflies flying about and whilst I knew nothing about identifying them, I had got an ID book on them for Christmas (Brooks and Lewington) so I thought that I'd photograph them to see if I could work out what they were. This innocent decision turned out to have unforeseen consequences and I now find that I've really got into them, have compiled a list of what I've seen, have found an excellent local web-site showing what species can be seen in the county and what' been seen this year (to which I've started to contribute) and now I am planning to make several trips specifically to look for D&D's (damselflies & dragonflies) in the county. June is a terrible month: it can make you do things that you'd never normally contemplate!

Below are a selection of photos from the trip. 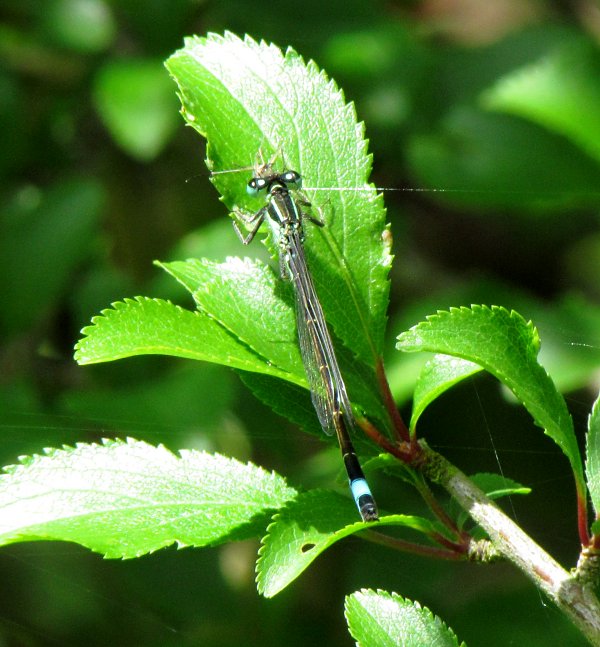 Blue-tailed Damselfly - easy enough to see why it's called that 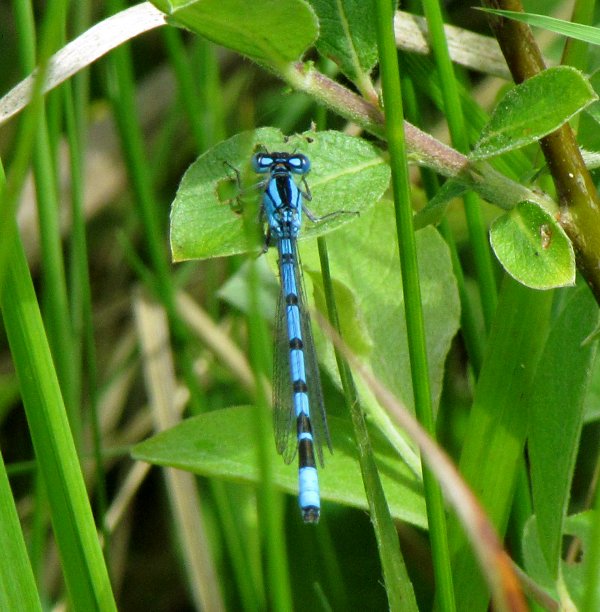 Common Blue Damselfly - the thick blue stripes on the thorax, the "blob on a stick"
black mark on S2 (see I know all the terminology) and the pattern of blue at the end
of the abdomen (S8 & S9) are the key markers that separate this from other similar
blue damselflies. 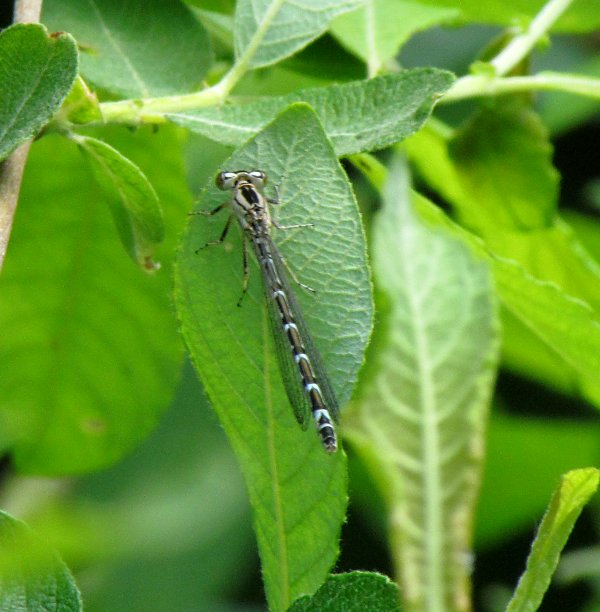 A rather blurry female Common Blue 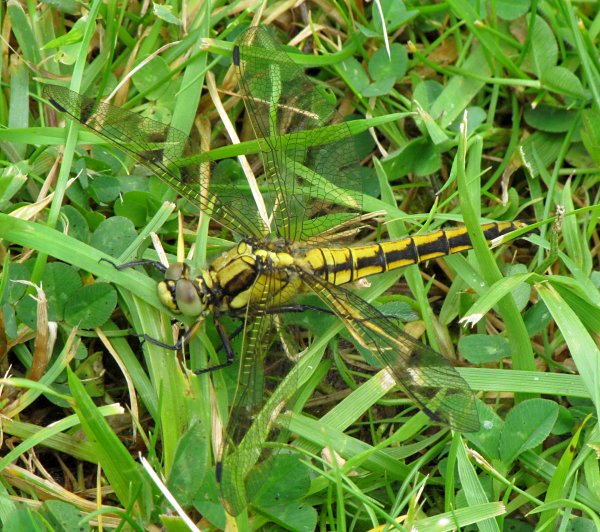 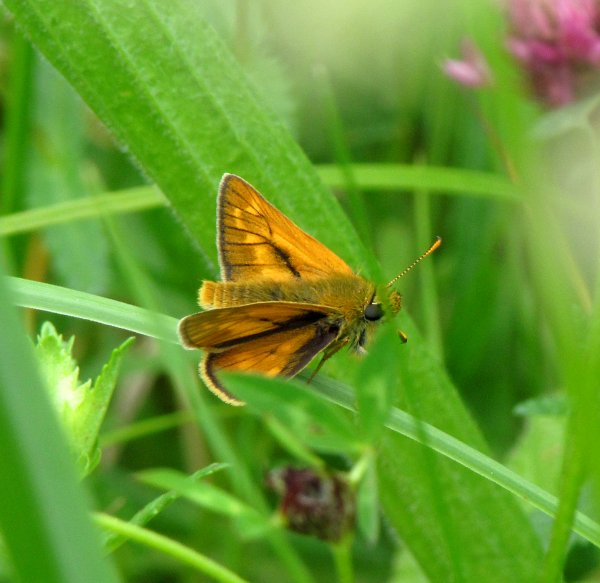 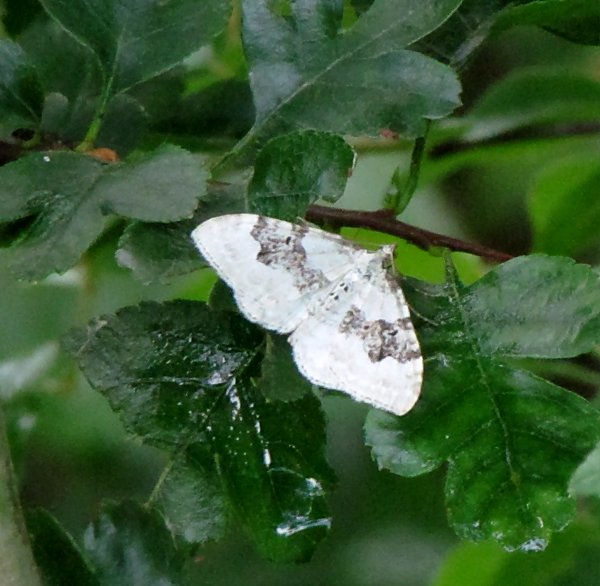 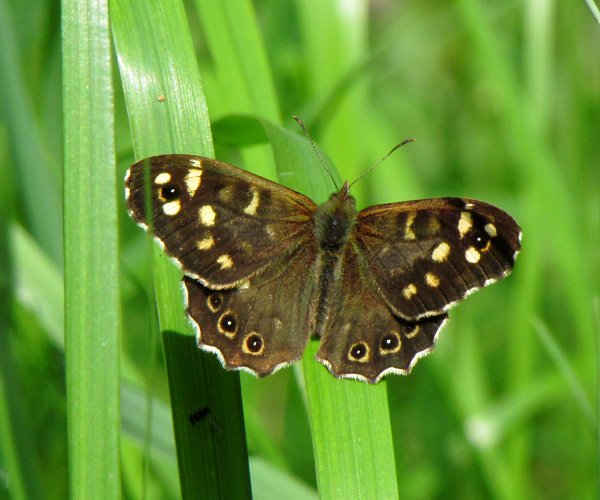 
As you can see from the above collection, there were no Black Hairstreaks to be seen though I did get the consolation bonus of hearing a male Turtle Dove purring away in the woods as well as getting interested in another whole branch of insects!


This last weekend finally the first Black Hairstreak sightings started to be reported and with fine weather forecast for Monday I decided to have another go for them. This time I decided to try the mysteriously named M40 Compensation Area, a hidden Hairstreak hot-spot at the far side of Bernwood Forest which is full of Blackthorn which of course is the Black Hairstreaks larval food plant. It is a good half an hour to get to from the carpark during which there was not a great deal to see apart from a few damselflies by a little pond. Once in the area I spent some time wandering around staring at the top of the Blackthorn and was rewarded with several brief flight views and one prolonged view where I actually found the butterfly settled on the tree top though it flew before I was able to get a photo. Other butterflies seen were a Red Admiral, a Large White, several Meadow Browns, a couple of Marbled Whites, half a dozen Large Skippers and a Small Skipper. On the way back I met up with David Redhead, a local buttefly expert who suggested that in future in order to get the best views it's best to stake out the Privet flowers where they like to nectar - something to remember for next time. 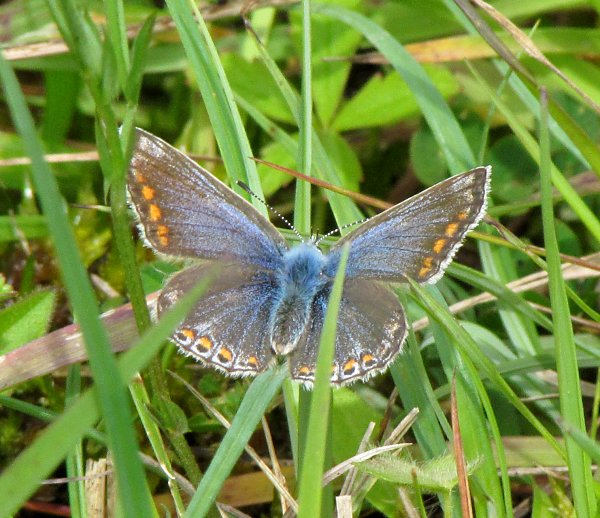 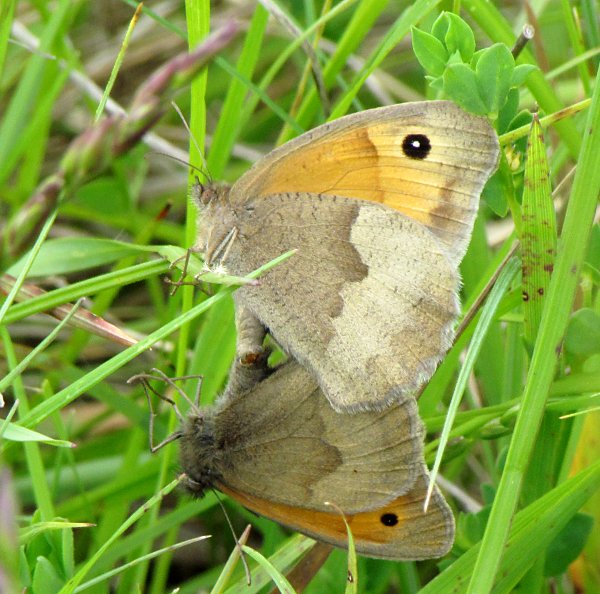 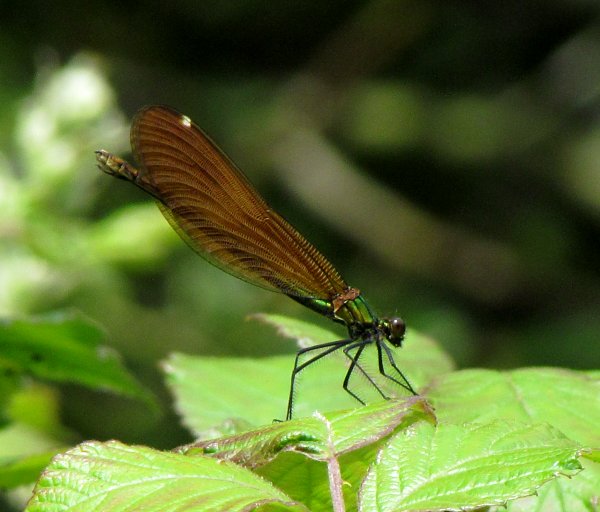 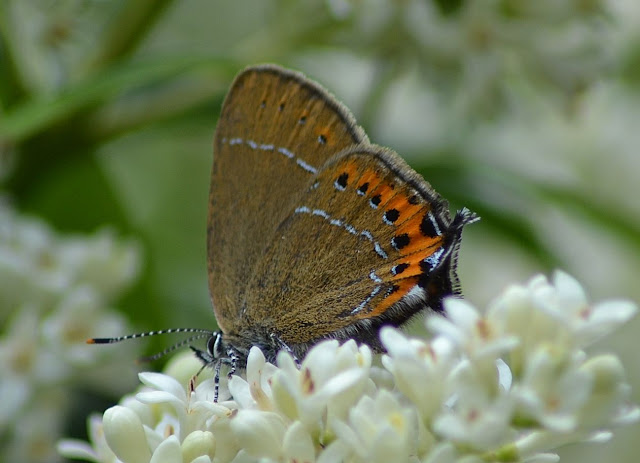 What it was all about! 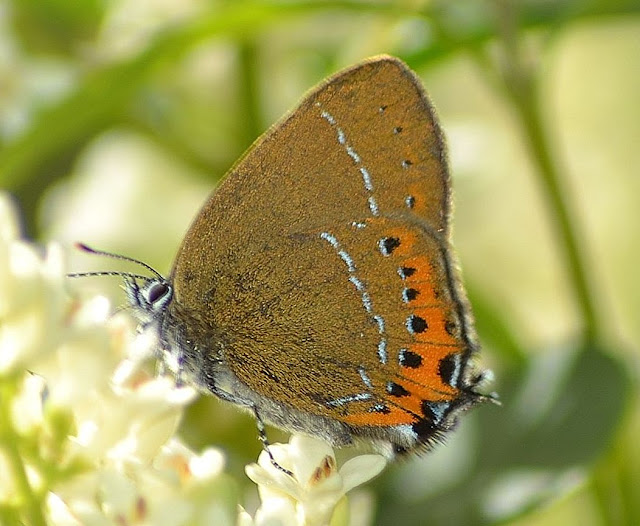 As I didn't manage any photo myself, here are couple of cracking shots of a
Black Hairstreak taken by (c) Peter Law


I was most pleased to get my Black Hairstreak sighting though somewhat disappointed not to manage a photo myself. I have a vague plan to try to see all the Hairstreaks species this year. So far I've managed Green and Black. The hardest is going to be the White Letter which I'll try for next once they're in flight. Expect more posts on D&D's in the coming weeks and also moths (blame Badger for getting me into those!).
Posted by Adam Hartley (Gnome) at 10:49 1 comment:

However I look at it, I can't deny that it's June. My local patch at Port Meadow hasn't had anything good for some time now and all the birds that I'd be interested in on RBA are on the coast or at the other end of the country. The appalling weather meant that I couldn't even find solace in chasing butterflies and to be frank I was bored. Therefore a call from Peter Barker yesterday afternoon saying that the RSPB staff at Otmoor had found a calling Corncrake on Greenaways was a most welcome diversion. What's more it was at a convenient time and my VLW had no objection as long as I was back in time for her to go off and play tennis.


I arrived to find just Terry Tossell there but gradually other birders turned up with Peter Barker, Peter Law, Tom Wickens, Ewan Urquhart and some RSPB staff all there. Poor old Badger was up in Stroud but was heading back toute suite (he managed to hear it that evening). The bird was calling intermittently and like all Corncrakes it was very difficult to pin point. It sounded like it was a mere 30 yards in front of us but Tom went fifty yards along the path so that he could triangulate the source and he reckoned that it was actually much further away than we though being more like 100 yards away. Other birds seen whilst there was a Cuckoo (my first of the year amazingly), a Sparrowhawk, a couple of Redshank and the usual singing warblers. Anyway, as expected there was no chance of seeing the Corncrake but it was nice to listen to. In fact I spent longer there chatting to the other birders than I had intended and it was touch and go for me to arrive back in time for my VLW to head off though I did just make it.


This is all you get for a "heard only" bird

This does of course raise the issue of whether to count heard-only birds on one's county list. This has not been an issue for my Oxon list so far (I've even seen Quail) and we'd all prefer actually to see a bird rather than just hear it. However when presented with the dangling carrot of a Corncrake county tick I realised that I didn't have a problem with ticking it at all - funny that!
Posted by Adam Hartley (Gnome) at 09:26 No comments: