The Murky World of Moths

My VLW though that I was sad enough what with my birding activities though over the five or so years that I've been birding she's come to tolerate it. However, recently Badger has been tempting me into the murky world of mothing. It all seemed innocent enough to start with: he posted a comment on this blog saying that whilst looking at butterflies during the summer months, why not try mothing? It seemed harmless and he even kindly leant me his moth trap. Beware - this is how they lure you in! One minute you're wandering around in the sunshine watching pretty butterflies, then suddenly you're watching the weather forecast for cloud but no rain overnight and setting up a large wooden box full of egg cartons with a bulb the power of a small lighthouse planted on top of it. What's more you find yourself waking up the next day wondering with excitement what you might have caught. Needless to say my VLW and also in particular Daughter number 1 really despair at these new levels of uncoolness. 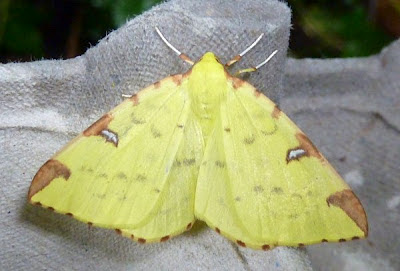 
All this has got me thinking about what makes these sort of hobbies interesting to me. There are clearly two components to  it: learning to identify things and collecting sightings and both these things are part of the appeal and what makes birding as well as these various insects interesting. Talking of identifying things, mothing takes it to a whole new level. Butterflies are nice and easy, there are only 50 odd species that you need to look out for and (apart from the Fritillaries) they're relatively easy to ID. Moths on the other hand are by far the hardest thing to ID. There are about 800 Macro moths (the big ones) and 1600 Micro moths (the small ones) and lots of them look almost identical. Often you can't tell different species apart unless you can persuade them to show you their underwing and some you need to take a look through a magnifying glass at their genitalia to be able to ID them so they're often lumped together as aggregations. Fortunately for the beginner there are some on-line resources to help you. I use iSpot which is a site to which you can upload nature photos of any kind and other people will try to ID them or to correct your ID. The birding section is pretty amateurish and I wouldn't bother with it but it seems to be more useful for invertebrates. What's more there is star rating system so that if you make enough ID's that other rated users agree with then you start to accumulate reputation points yourself. Just through the process of posting a few shots of what I've caught I'm already a Grade III invertebrate spotter which is a bit of a joke given how little I know about them. Having said that I have learnt to recognise the ones that I get repeatedly in the garden quite well now so I must have learnt something. The one downside with it is that if no one has responded to one's posting after a while then they tend to get lost in the pile of new sightings and so are never looked at. It would probably be a lot better if they split the Invertebrates section up into sub-sections for moths, butterflies, beetles etc. I have also started using the Moth & Butterfly section of Bird Forum which is actually a lot better than iSpot as one can strike up a dialogue about a photo rather than just receiving a possible ID. Other useful on-line resources are: UK Moths which has photos of almost every UK moth (though it's not very easy to search for something if you don't already know what it is) and the Upper Thames Butterfly Conservation site which shows you what moths are flying at the moment. At this latter site it also has the moth year list for the Upper Thames area (Oxon, Berks & Bucks) and I'm pleased to say that I've already managed to add at least one species to this list (a Bordered Sallow). Finally, as far as a field guide is concerned, it has to be "The Concise Guide to the Moths of Great Britain and Ireland" by Townsend and Waring, illustrated by Richard Lewington. 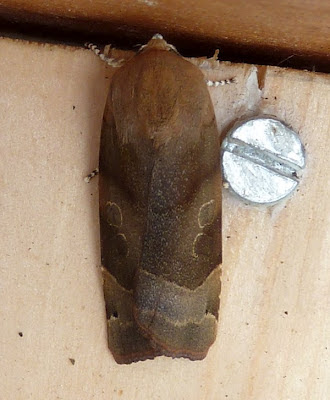 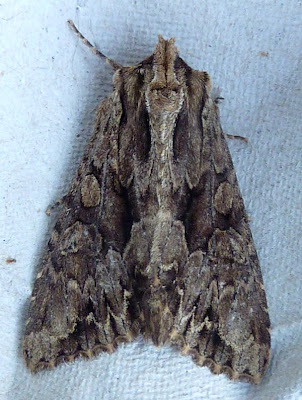 
In practice I've been operating the trap in the follow way. I've been looking for nights when it's not forecast to rain which, given the current weather, isn't always that easy; I also put the gear out under a small tree to shelter it somewhat from the wind and rain; I also don't run the trap on two consecutive nights, the reason being that if a moth has spent much of the night in the trap I want to give it a chance to go and do it's own thing the next night without being immediately re-trapped as soon as it's dark. I've added another rule which is to be careful where I release the moths. We've got a very tame robin who's learnt to associate the moth trap with free food and has on one occasion caught one of the moths when I released it and subsequently has been loitering nearby when I've been going through the trap. 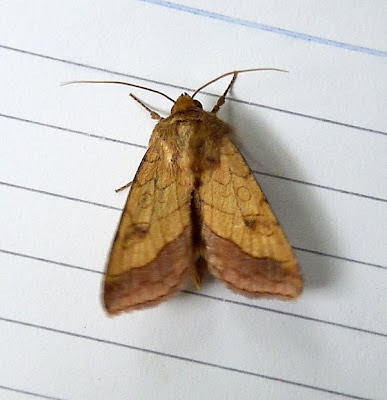 
So what have I caught so far? Well, in about a month of mothing I've probably only had about thirty different Macros and less than a dozen Micros though I appreciate that this year has been a pretty terrible one for moths as it has for butterflies. The rarest has been the Bordered Sallow but I was pleased to catch my first immigrant (a Silver Y of course) and there have been some pretty looking ones as well. The hardest ones are the Uncertain (no that's actually its name) which I catch a lot of and which look almost identical to the Rustic and also very similar to a lot of others. I've got a large backlog of Uncertain photos to look through to see if I've missed anything. 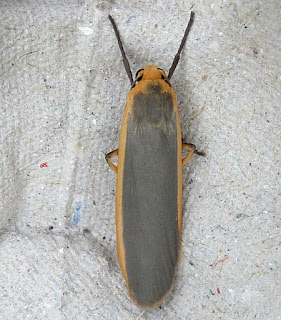 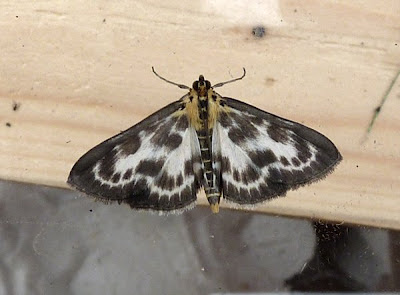 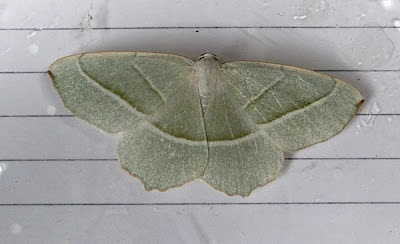 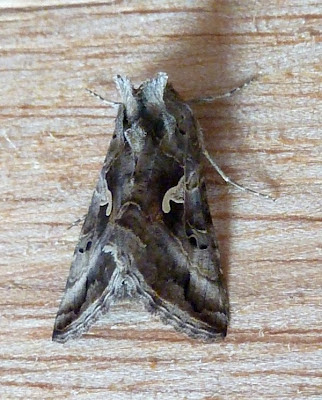 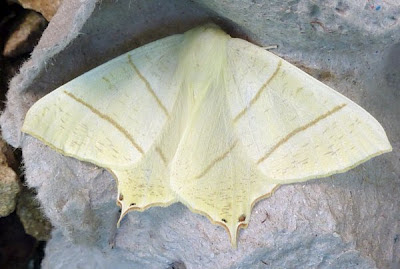 
So will this interest in moths last or is it just something to pass the time until the birding kicks off again? Only time will tell but for now at least I'm enjoying it.