Getting My Wader Fix

With my beloved Port Meadow very dry at present I've been feeling like an addict going cold turkey of late. I'm referring to my fixation with waders - I don't know quite what it is about them but I really love them, which is just as well given that my Patch (when actually flooded) can be one of the top wader sites in the county. However, that title is currently being fought over between Farmoor and Otmoor. Farmoor is really hitting a wader purple patch at present: they appear currently to be draining F1 which has left a great band of mud all down the edges with even small mud beaches appearing in the corners. Anyway, this was certainly enough to tempt a great variety of waders there over the last week or so with the highlight being a gorgeous pair of Curlew Sandpipers, normally a pretty rare wader in this inland county of ours. However, things have been rather hectic at Casa Gnoma of late so it wasn't until Monday of this week that I was able even to contemplate a visit. What finally pushed me into going was yet again our builders. They've been off on holiday for the last month or so (we're obviously paying them far too much!) but now they're finally back on our shower room renovation project which has now clocked up a shocking six months since it was first started. On Monday they had to coat the room with some waterproofing material which had such a strong organic chemical smell that it was almost unbearable to be in the house. I simply couldn't work there so with no further prompting I decided on a trip to Farmoor to pay homage to the Curlew Sandpipers.


My arrival coincided with Barry Batchelor's so we walked up the causeway together, admiring the waders as we went. There were ten or so Dunlin, a couple of Ringed Plovers and a long-staying Black-tailed Godwit all enjoying the exposed mud. A few Common Sandpipers were knocking around, calling plaintively as they flew from one shore to another. 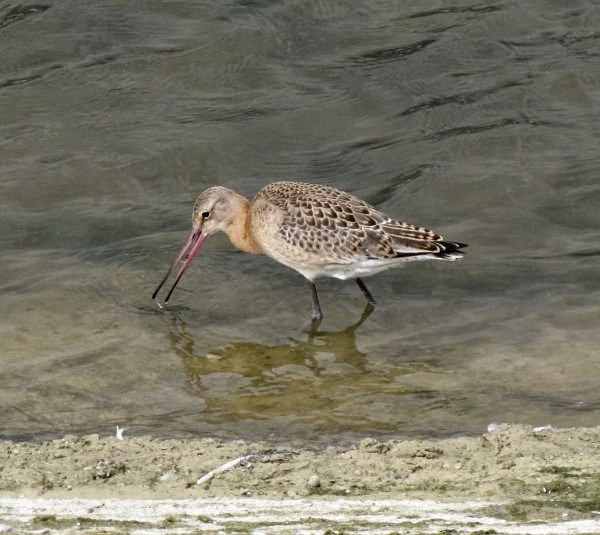 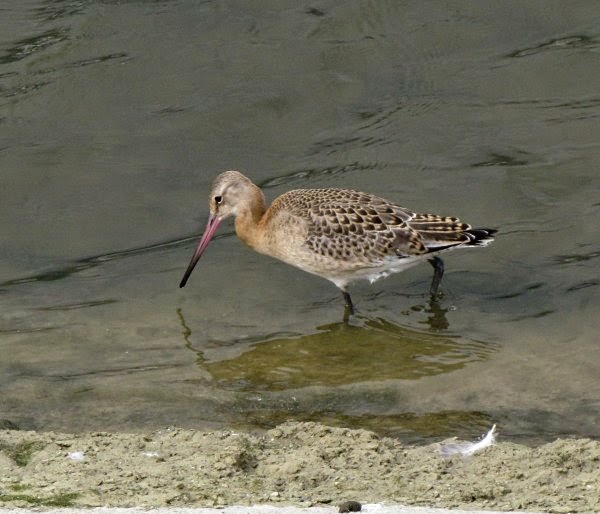 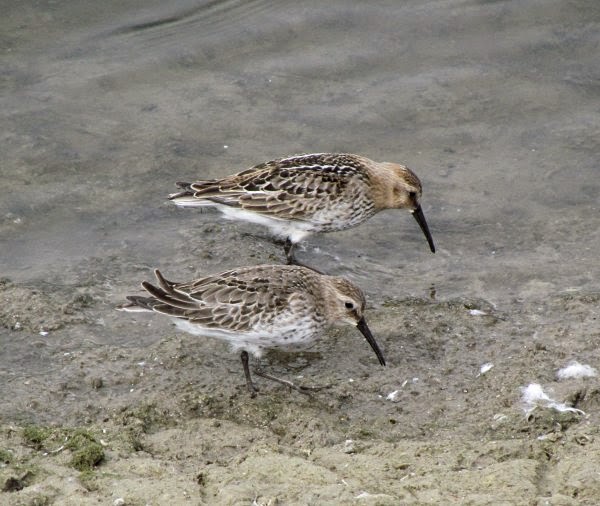 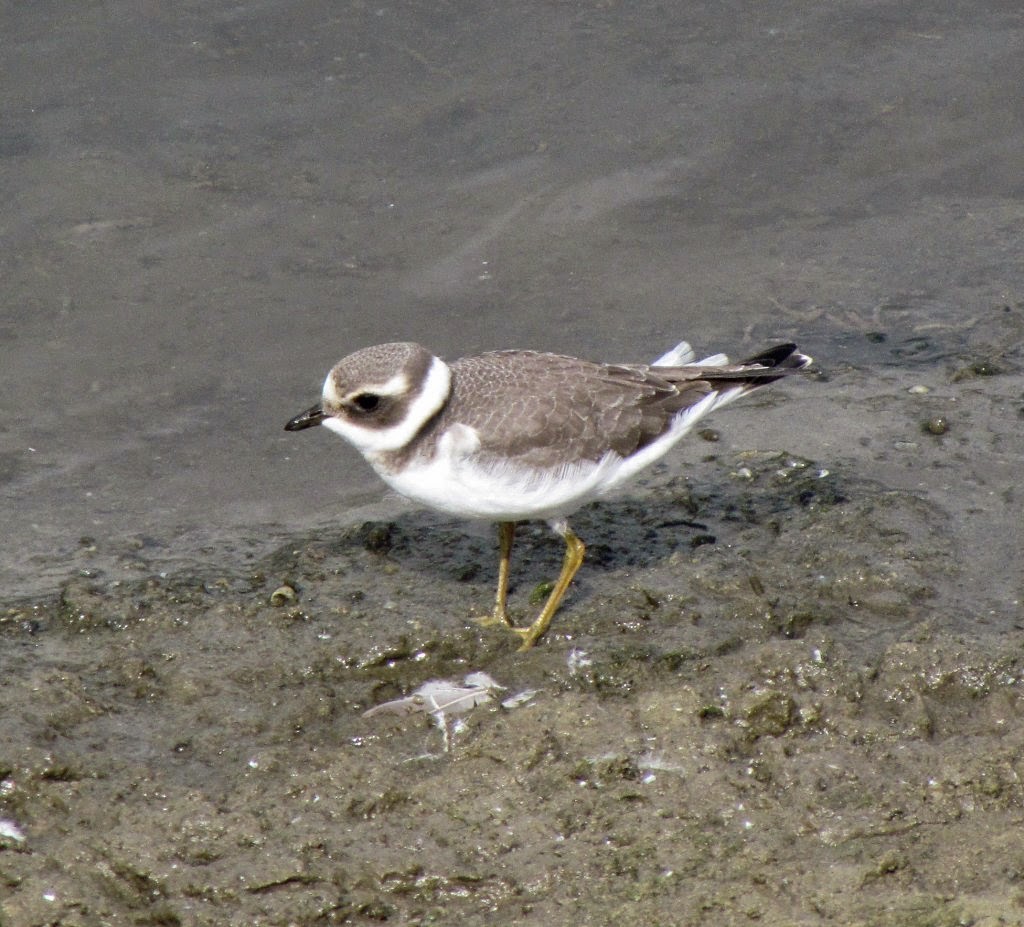 We soon met up with Phil Barnett, whom I'd not seen for several years so it was great to see him back in the field again. Together the three of us wandered up to the western end of the causeway where the two star birds were happily feeding away on a larger area of exposed mud, quite oblivious to their admirers.


I took some video footage with my super-zoom camera resting on the edge of the causeway wall which came out OK.


I didn't linger too long as I was hoping that the smell back home might have subsided by now and I felt that I really ought to get back to do some work. So having shot some video I wandered back, leaving the other two with the Sandpipers. On the way back I took some photos of the various waders that we'd passed earlier, happy to be getting my fix at last.

Addendum
Back in my study I looked through my photos and spotted that on one of the Ringed Plovers there appeared to have a palmation or webbing between the central and inner toe. Now of course Ringed Plovers have webbing between the outer and central toe but inner webbing raised the possibility of a Semi-palmated Plover which would of course be monsterous. I had to go out shortly to take our younger daughter to her martial arts lesson so I quickly fired off some photos to Ian Lewington and gave him a quick call. He was able immediately to tell me that sadly it wasn't a Semi-P just by looking at it (he really is in a league of his own) and it turned out that the bird had it's left leg twisted inwards (pigeon toed if you will) so that actually it was the outer web that I was looking at. So no huge inland mega there then but I was more or less expecting that to be honest. Still it gives one something to dream about and at least I'd got to see some great waders today.