Not Seeing Much in Barcelona

I've just come back from a five day visit en famille to Barcelona. This was very much a family holiday with no official birding time though I did bring my bins and my point and shoot camera with me just in case I spotted anything. I have to say that birding opportunities are few and far between in the city with the train journey to and from the airport and visits to the various parks offering the main chance of seeing anything. I didn't try getting up early to go birding anywhere so it was very much just spotting things en passant.


One of the most noticeable (and noisy) birds there was the Monk Parakeet. Like our Ring-necked birds in the UK it's an escaped cage bird which has now established substantial feral populations in various parts of Spain. They could be seen and heard in all the larger parks in Barcelona and are apparently well established in various other locations throughout Spain. 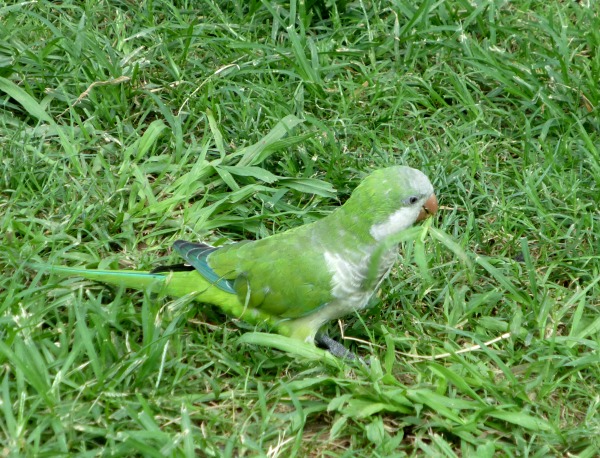 The other main bird species that I was pleased to see was Alpine Swift with birds seen regularly in small numbers at a number of site including Parc de la Ciutadella, Castell de Montjuic and Park Güell. I also spotted some smaller Swifts on a few occasions though it was impossible to tell whether they were Pallid or just Commons. Apart from that it was just Swallow and House Martins in the various parks.


The other species that I was hoping to see there was Spotless Starling but to my amazement I saw hardly any Starlings of either the Spotless or Common variety during our visit. I did see a few fly-over Starling species in a couple of the parks but that was about it.


The main large gull there is of course Yellow-legged Gull rather than Herring and there were plenty of these to see down by the docks and also on the local boating lake at Parc de la Ciutadella. 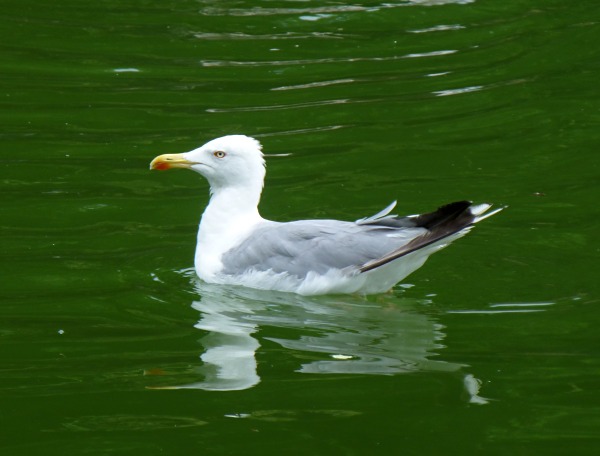 I mentioned the train journey to and from the airport earlier - for much of the journey this is just going through the suburbs of Barcelona but out near the airport there is some more open farmland. I did manage to spot a Cattle Egret and a Night Heron in this area but that was about it.

In the various parks I was rather hoping to come across some smaller birds such as some warblers but the best I could manage were a few Crested Tits in some pine trees at Park Güell and what were probably Serin in Parc de la Ciutadella.

So all in all, there was not much to report on the birding front but as I said at the beginning this was very much a family holiday. I'd very much like to go on a proper birding trip to Spain where there are all sort of great birds to see that one doesn't normally come across in this country - this trip has just whetted my appetite.
Posted by Adam Hartley (Gnome) at 11:31