There seems to be a bit of a pattern emerging down at the concrete basin over the last couple of weeks: for the last two Sundays a decent bird has been found at Farmoor in the morning when Dai et al have been doing their morning rounds. The previous week it was a top-draw inland bird in the form of an adult Sabine's Gull. Along with the great and the good in the county I hurried down to take a look but sadly it didn't linger and in the end it was only Dai who saw it. This week it was instead a text about a Farmoor Grey Phalarope that interrupted the usual Sunday morning tea-in-bed and put-the-world-to-rights routine that my VLW and I like to indulge in. Not quite in the same league as a Sabine's but still a nice bird to see. I told my wife how confiding Phalaropes can be and how you can see them really well though she still wasn't interested in coming along so I headed off on my own with a modest post-twitch Homebase shopping list in my pocket with which to earn my trip.


I arrived to find the Phalarope was as far as way as it was possible to get, literally right out in the middle of Farmoor 1. Humph! It actually looked a bit closer to the far bank and I could see Badger and a few other birders on the far shore so in the end I got back in the car and drove around to Farmoor village in order to come in on the far side. However, my plan was rather foiled by Thames Water who have seen fit to mend the fence that used to be so easy to hop over by way of a short cut. In the end the long walk all the way around to the nearest access point meant that it hadn't been any quicker than walking from the original car park. Oh well! What's more the Phalarope seemed just as far away from this side - the old "Farmoor Paradox", I was told. It seemed to be heading back towards the causeway so after a short while I drove back to where I'd started from and viewed from there. Whilst it was easy enough to pick out in the flat calm conditions it was still a distant blob. In the end I left to do my DIY shopping and then headed back home, just thankful that my VLW hadn't come along to see it after all - she wouldn't have been impressed.


On Monday morning when it was reported as still there and this time much closer I decided to have another try. I met Tezzer, Dai and Ewan close to the car park who'd all seen it right in the corner by the start of the causeway though of course they reported that it had now moved back into the middle. I wandered over to the causeway and soon picked it out, a small white blob, moving about rapidly in the centre of the reservoir. It looked a little closer to the far bank so I decided to walk over to the north shore, partly to loosen up my back which, although much better than it had been, was still taking a long time to heal and required lots of walking to alleviate the tightness. I met up with Barry Bachelor and we walked around together to find a few birders on the far side and miracle of miracles, the Phalarope now installed right on the shore line by our feet. This was more like it! I got out the superzoom and snapped away. 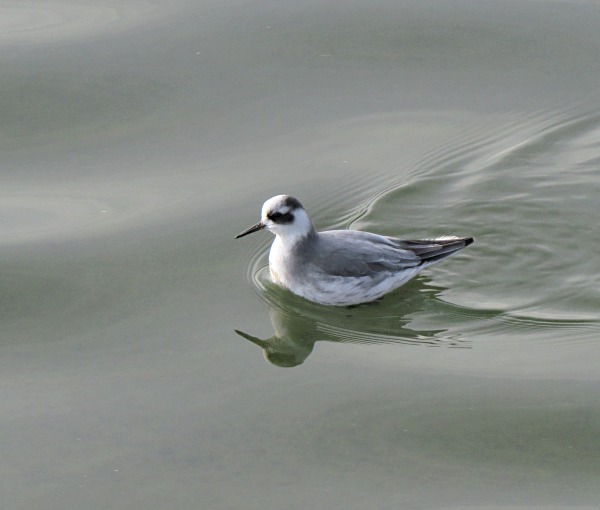 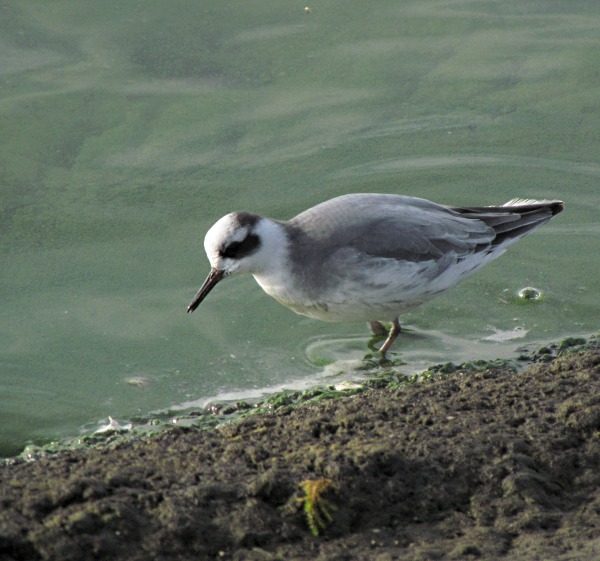 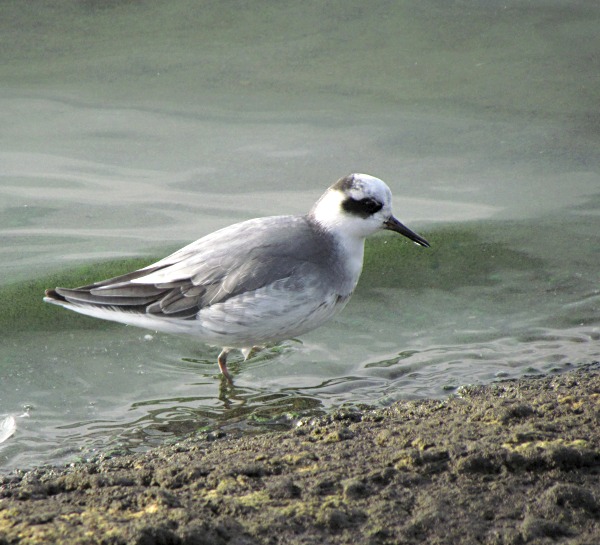 They're such lovely little things, I never tire of watching them. It's amazing to think of such small fragile little birds spending their time being tossed about on the ocean's waves but that's what they normally do, wintering at sea on warm tropical oceans. Whilst it's not particularly warm here in Oxfordshire compared to the Tropics, at least it was having no trouble finding food and seemed to be feeding constantly. No doubt it will soon move on but it was very nice to have one stop by in our humble land-locked county for a while.


Eventually I moved on around the rest of the reservoir in order to complete my walk, seeing a Dunlin, four Redshank, a Kingfisher, two Grey Wagtails and a couple of Mipits en route. A very nice morning's interlude and a great opportunity to re-acquaint myself with a beautiful little bird.