After what was a rather poor year in the county last year with only one county tick (Purple Heron) and very little in the way of good birds, this year has got off to a flying start. It all started when three Cattle Egrets were found frequenting a pig field near Middleton Stoney. I don't know quite how they were found as it's really not an obvious birding spot but they seemed to like it as they've been around for a while. So on the 9th January and with not much else to do I thought that I'd go and pay my respects. I turned up late morning on a grey though rather mild day and slogged for half a mile along a really muddy footpath to find a few county birders holed up in a gap in the hedge and scoping the neighbouring pig field. Only two of the Egrets were on view when I arrived and one of them soon disappeared over a ridge to a hidden lower part of the field. They were rather distant and in the poor light my digiscoped photos are little more than record shots. Still it was nice that Oxon was finally getting in on the action in what has proved to be a bonanza autumn and winter for this species which has invaded the country in large numbers. 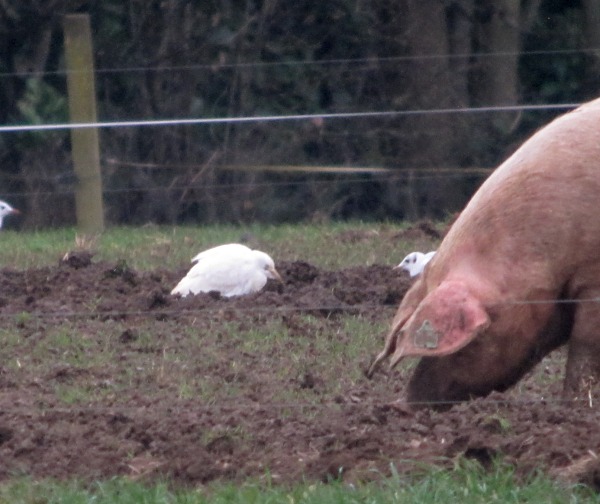 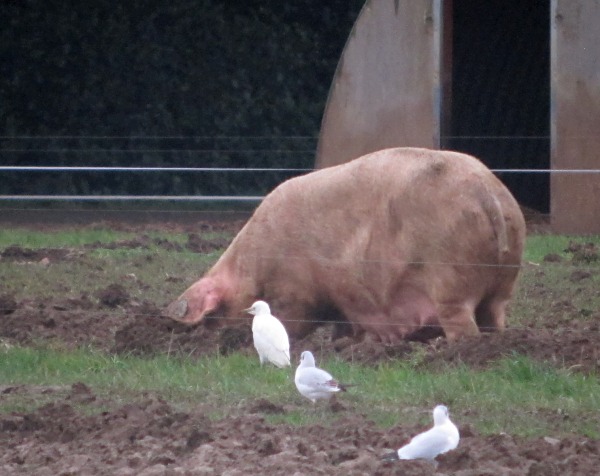 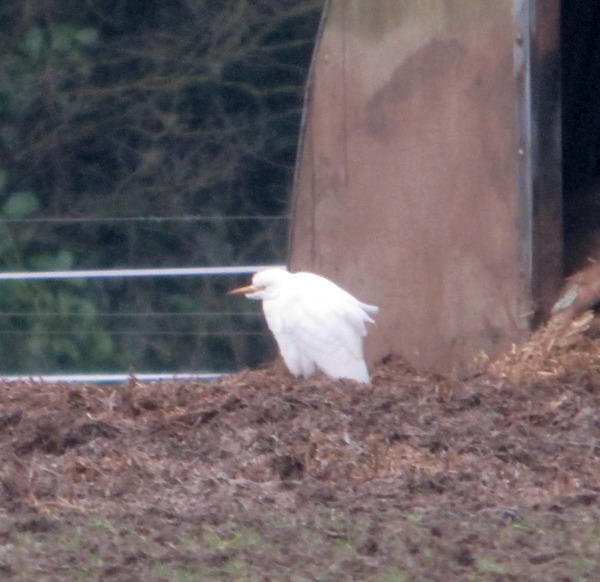 On the way back I decided to make a detour to Marston to catch up with the half a dozen or so Waxwings which had been present since the previous day. I'm always happy to make a bit of an effort for this charismatic species and as these were in Oxford itself, it wasn't too far out of my way at all. They were immediately on view when I arrived and I took a few snaps with my super-zoom camera though the light conditions were appalling. After only a few minutes they flew off again and I took this as my cue to leave as well. 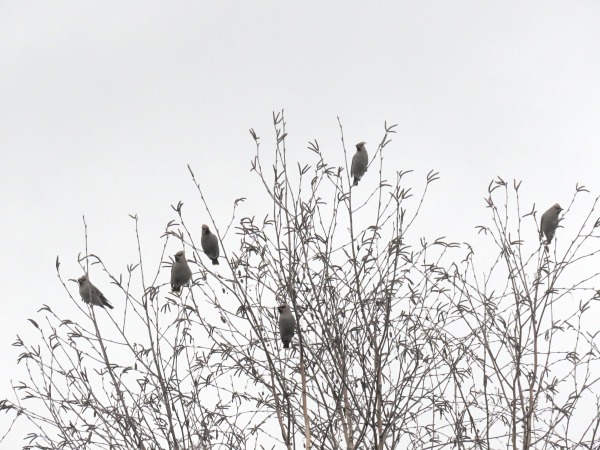 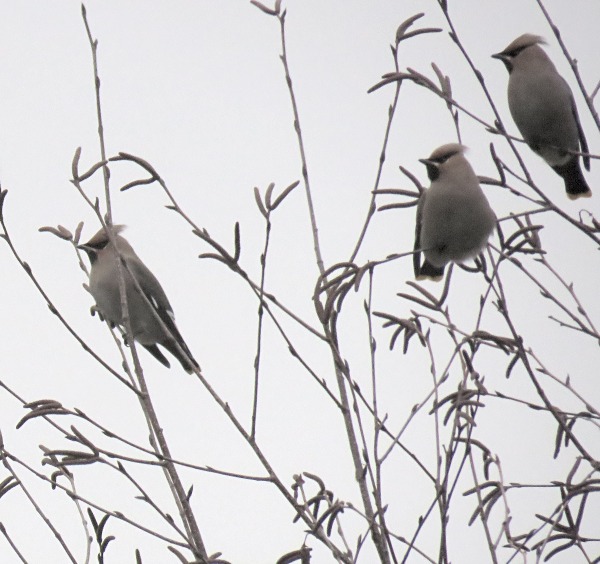 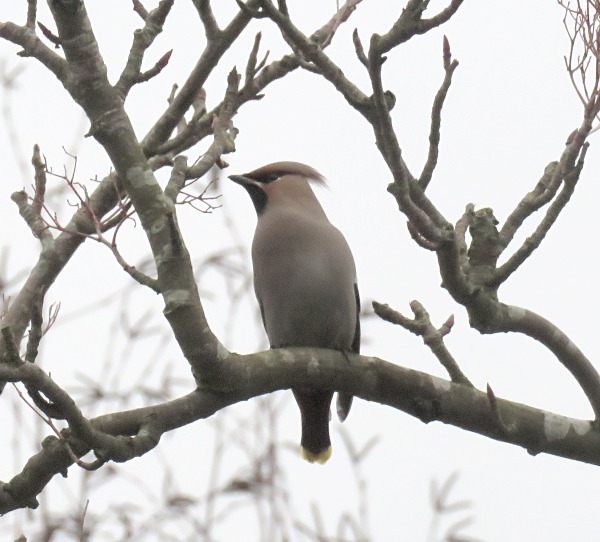 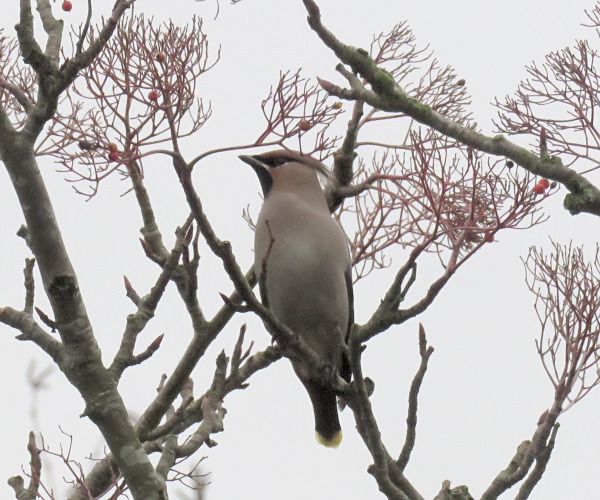 After that little flurry of local activity it was back to wait and see mode in the county. Fortunately we didn't have to wait too long before our esteemed county recorder, Ian Lewington, manage to turn up a Little Bunting in a rather unlikely location in some farmland at Over Norton. This is a real county Mega with the last one having been seen no less than twenty eight years ago! It was found on Sunday afternoon and Badger put out a local "heads up" text though details of the location and access arrangements weren't released until after dark. The next morning the keenest of the county birders were there at first light whereas I decided to play it cool, partly as there was a forecast for thick fog that morning and partially because I had work commitments. Mid morning, after a reassuring "still present" text from Badger, I headed off towards Chipping Norton and parked up "creatively" near the roundabout, before donning every item of clothing that I could wear and still be able to move in order to keep out the bone-chilling cold, and then yomping off along the footpath.


After a few minutes walking I came upon the usual local suspects all staking out a fifty yard stretch of the footpath which apparently had been well seeded by the local farmer and to which birds were regularly coming down. There was a moderate mix of Reed Buntings, Chaffinches and Yellowhammers with one Linnet and on one occasion even a Brambling (the king of finches!). A couple of Ravens were "cronking" away nearby, making a welcome distraction whilst we all waited for the star of the show to make another appearance.


I was told that the bird had been seen about half a dozen times so far that morning but in the end we had wait for getting on for an hour before someone finally picked it out at the far end of the viewable area of footpath. Thereafter it showed periodically in this distant location, usually for a relatively short period of time before finally putting in a prolonged performance for several minutes. 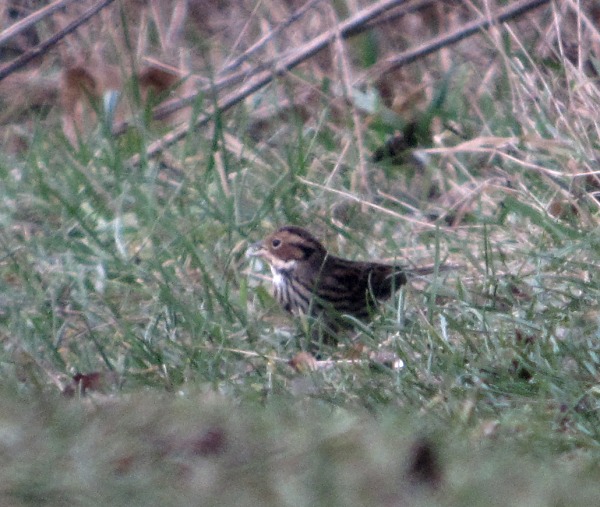 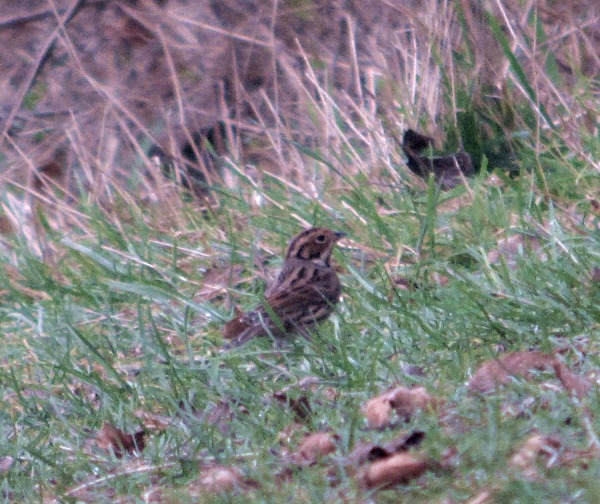 Well satisfied with my views and having had enough of the cold at that point I decided to head back to the car before driving back to Casa Gnome, basking in the warm glow of a shiny new county tick.