It's been a lean old year in terms of birding opportunities for me. This is partly due to self-imposed restrictions in terms of how far I'm prepared to travel and partly due to work constraints. Indeed as far as the latter are concerned, all has not been well in that respect for several years now, to the point where this year I decided that, rather than eeking out a living at home, I had to bite the bullet and get a proper job. Now for my line of work the best jobs are in London so for a good part of this year I've been applying for various positions before finally getting something that was due to start in early October. Thus it was that my life has changed to commuting during the week from my parental home in Epsom up to London and only coming home to Oxford at the weekends. Whilst the work is interesting I can't say that I recommend it in terms of work-life balance and I don't think that I'll be able to keep it up long term. What's more of course my birding opportunities have gone right out the window. Based off the Euston Road near Warren Street tube I've been exploring the local area on my lunch breaks in desperate search of a bit of habbo to explore. The best that I've come up with has been Regents Park: an oasis of green in the sprawl of concrete, traffic and car fumes. Not that the relatively manicured lawns of a London park offer much in the way of habitat for birds but compared to the surrounding area where a pigeon or a crow are about as good as it gets (and there are no House Sparrows or Starlings even) this is the best that's on offer. So it is that several times a week I hurry off to the park during my one hour break and try to cover as much of the area as possible.


The main feature of the park is of course the main central lake, complete with a couple of islands and several narrow arms extending off in different directions. The north east arm houses a waterfowl collection where you can see various exotic ducks all lounging about but the main lake is where most of the action is. There are Tufted Ducks, Shoveler, Pochard, a few Red-crested Pochard, Moorhen, Coot and Grebes and a reasonable number of Mandarins along with the usual gull species as well as Canada, Greylag and Egyptian Geese. In the surrounding trees Jays are plentiful and there are some feeders where you can see the usual Tits (including a surprising number of Coal Tits) and a few Finches. 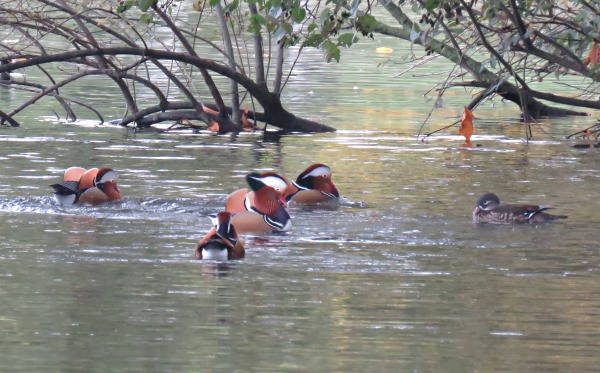 The noisiest inhabitants are of course the Ring-necked Parakeets which are everywhere. There are a number of trees and whilst nothing approaching a woodland you could call some of it a copse in terms of size. There are a few helpful boards posted around the area which tell you what birds you might be able to see there and which includes a reasonable number of passage migrants and apparently Reed Warblers even breed in the reeds that line some of the lake areas. What's more there are some good insects on offer with Willow Emerald an White-letter Hairstreak both to be had, so something to look forward to for the summer months.

Naturally, in order to try to generate some interest I've started a park list but it's rather depressing how few birds I've got on it so far. After nearly two month's of effort my grand total is standing at 49. I've never been so pleased to see a Starling but it wasn't added to the list until number 48 one rainy lunchtime when a few were sitting in a tree with some Mistle Thrushes. By far the rarest on the list is a Red-throated Diver which turned up a few weeks ago. I couldn't quite believe it when I looked on my RBA app to see "Red-throated Diver in Regents Park" appear one morning. I hoped it would hold out till lunchtime and fortunately it did. I nearly didn't see it during my one hour break but fortunately right towards the end it turned up and swam by me, bold as you please, within a few metres. Certainly the best views I've ever had of this species. Unsurprisingly, it turned out that the bird wasn't well and the next day it was taken into care. Fortunately the story has a happy ending and you can follow the bird's rehabilitation and successful release here. 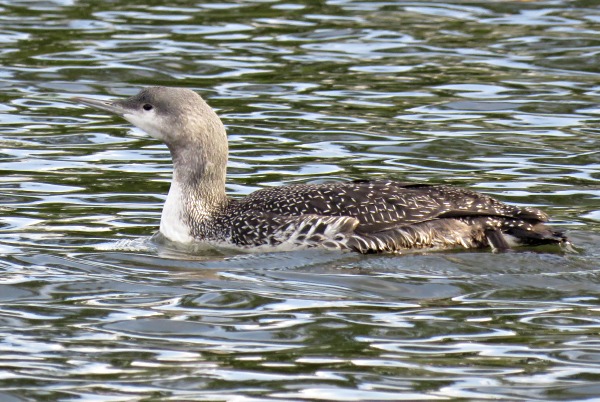 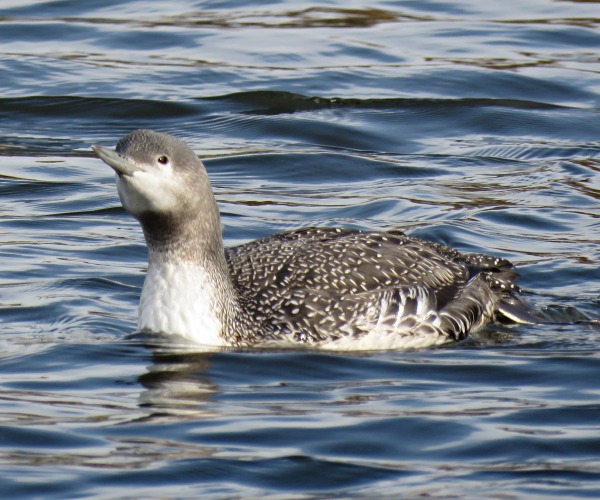 Depressing though it is, I am grateful that I have something to look at in the park. Fortunately there is a blog covering the various London parks written by someone who works there which is a great source of reference. The list of birds that he sees is quite impressive but a lot of them are added as vis mig flyovers at dawn which is not an option for me. So I guess I'll keep slogging around at lunchtime: whilst the bird variety is lamentable at least it's an escape from the concrete and fumes of what must be one of London'd busiest roads. At one stage I did contemplate doing regular updates of my sightings on a new dedicated blog but the truth of the matter is that there just isn't enough variety to make that at all interesting. So I'll do the occasional post here and will carry on park listing. My target is to get my list total up to 100 though this may be a tall ask. Time will tell!