This month there have been a couple of local birds that I've gone to see. Normally I am very focused on my local Port Meadow patch so it's actually not that often that get out elsewhere in the county. Usually, therefore, it has to be either a county tick or at least something reasonably rare to get me in the car. I don't know if it's just a case of getting fed up with the extended lockdown and the lack of variety but I made two sorties out into the wider county this month.

The first was to Letcombe Regis where one of the Salisbury Plain Release Scheme Great Bustards has taken up residence. So one Saturday morning earlier this month I drove down to the village where I found that the bird was visible from the end of a cul de sac. It was rarther distant whilst I was there though someone else told me that it had been showing down to thirty yards, which would have been a wonderful sight. Indeed, even at a distance it was an impressive bird and I passed a pleasant forty minutes or so admiring it from a distance. This was a first winter male so it was at least a bird that had been born in the wild. I don't know if his parents had both been original released birds or if either were themselves wild bred but it does make it more interesting than going to see a bird which has just been released. I don't know how many generations have to pass before release scheme birds are deemed tickable and frankly I don't really care. As regular readers know, whilst I do keep a strict BOU list, I also keep an extended Gnome Rarities Committee List and on that basis, this is a county tick. 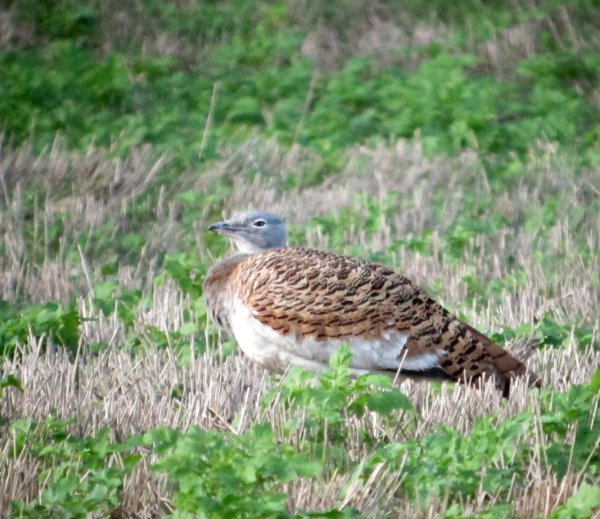 The second outing was to see a pair of Ring-necked Ducks that had been found at Radley Gravel Pits. Thanks to a group of four that turned up at Pit 60 a few years back, this wasn't a county tick but as Radley was only twenty minutes away and I fancied a bit of an outing I thought I would go and take a look. I ended up going quite late on in the day after most people had come and gone already and as a result there were only a few others there when I arrived. The birds were on show constantly albeit at a bit of a distance so my photos weren't that great. 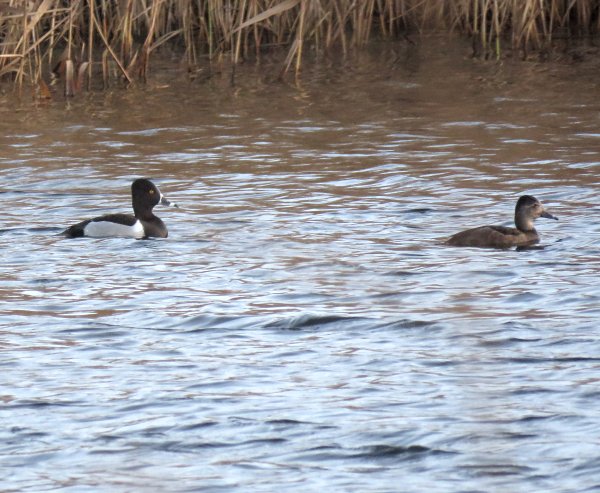 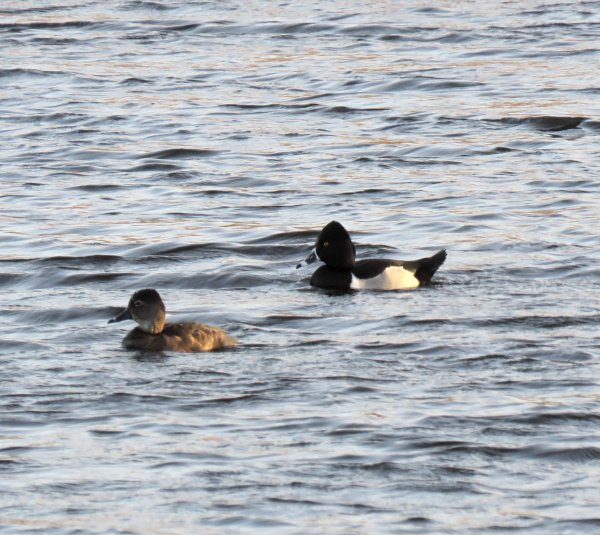 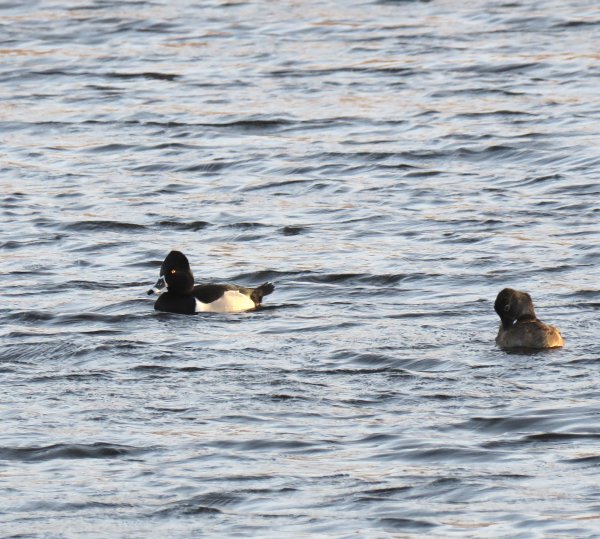 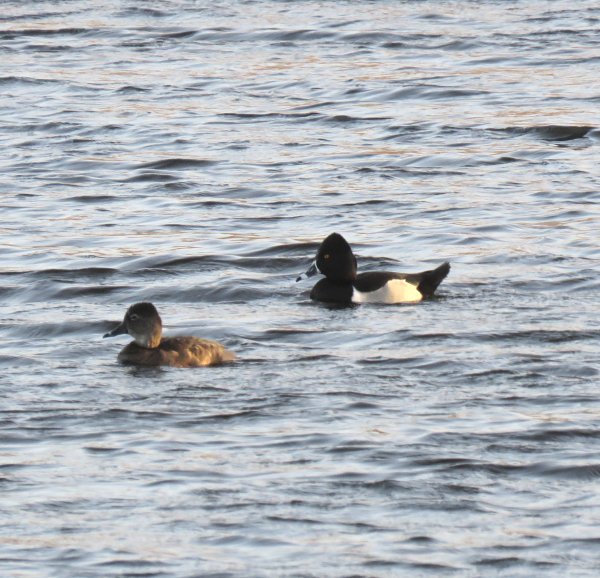 There has been a bit of an influx of this American duck species this season and it was good that Oxon was getting in on the action. However, the drake subsequently disgraced itself by revealing it was ringed which could well mean that it is consigned to the escapee bin. As before, though, Gnome listing is more tolerant of this kind of thing and it certainly counted as a nice year tick in my books.