I have still been slogging away on my patch. Not that the patch has been completely birdless: I did manage to find a Little Stint on the flood puddle the other day but in general it's been depressingly quiet. To compensate I've been spending more time at Farmoor which has been enjoying a great run of form of late. Not only have there been more Curlew Sandpipers (six) in one month than in almost the last decade in the county (I exaggerate but slightly), there's been a White-winged Black Tern, three Black-necked Grebes, a Little Stint, the small and yet painfully gripping matter of the Citrine Wagtail and then a ridiculously tame Lapland Bunting which has been the first twitchable one in the county certainly for the last decade (there have been a couple of single observer fly-overs) if not far longer. Indeed I was amazed at how many of the top county birders still needed it for their list and it makes it pretty much a local Mega. It turned out that the bird was actually found a day earlier by a couple of local birders who weren't really in the birding scene loop and didn't appreciate what they'd discovered though fortunately it was independently discovered the next day by Dave Lowe, who has become a bit of a bird-finding machine of late what with the county-first Citrine Wagtail a few weeks earlier. When it was found, I hurried down immediately only to discover that it had flown off so departed to do my household shopping chores, only to hear that it had been re-found an hour or so later so I had to hurry back down for it (much to the despair of my long-suffering VLW). In the end it stayed for a good few days and was much admired by all and sundry from far and wide. 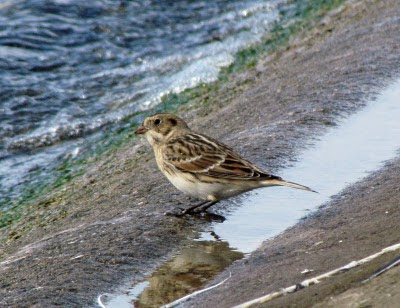 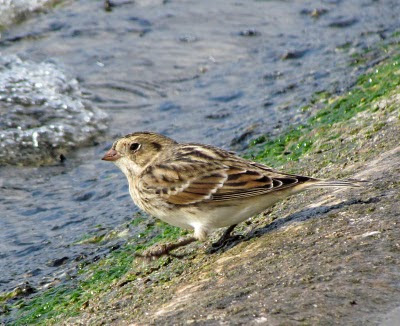 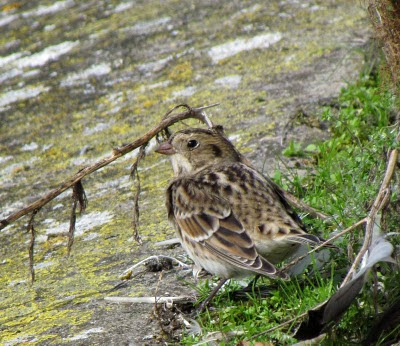 My modest photographic efforts with the much-photographed
bunting. In fact we had so many shots of it on the Oxon Bird Log
that we had to ask people to stop posting photos!
Apart from that I've been taking the opportunity to photograph some of the Farmoor goodies that often present themselves at ridiculously close quarters, especially the smaller waders. Below are a selection of my shots. I was quite pleased with them until I saw some of the offerings from proper photographers with proper expensive cameras. At the end of the day one has to decide whether one is a birder or a bird photographer and I don't want to give up carrying my scope around so for now at least I'm sticking to my super-zoom.
With all these shots you can click to see them in their full size should you wish. 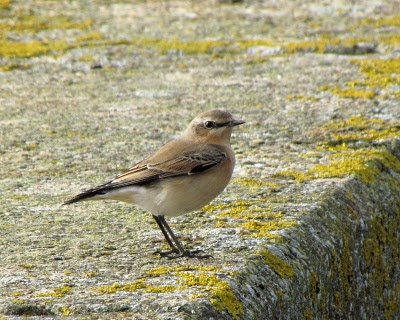 There's nothing quite as lovely as a Wheatear! 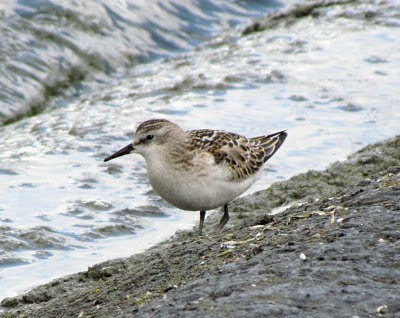 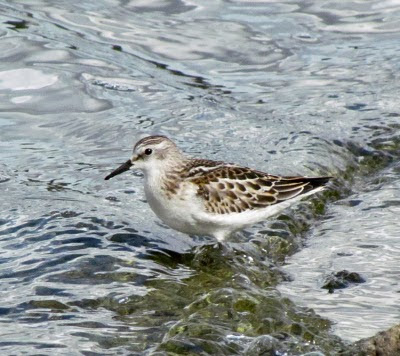 ...and Little Stints are just gorgeous 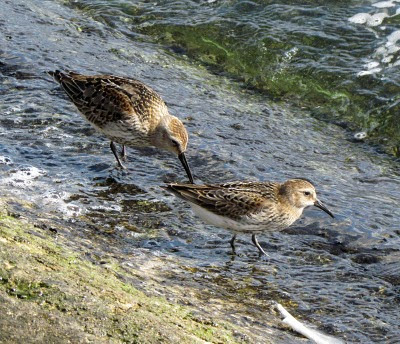 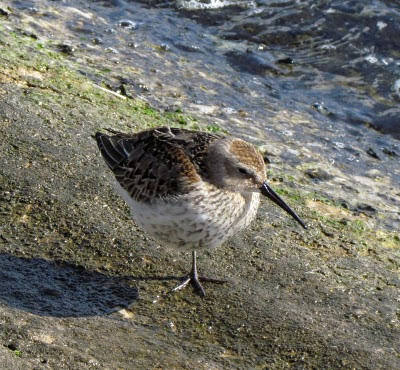 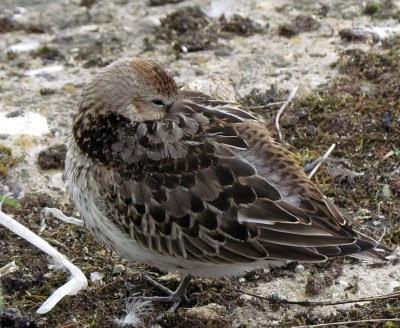 ..even the humble dunlin is great to look at at close quarters. 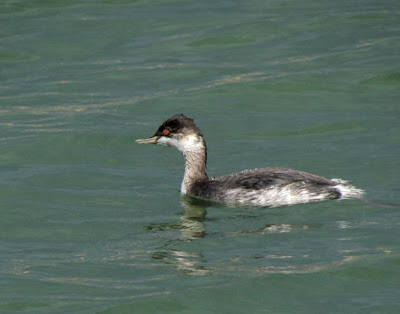 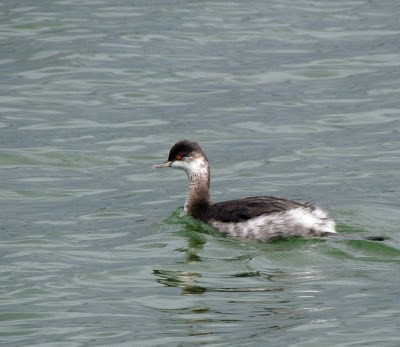 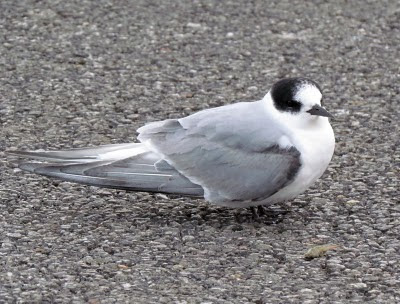 This juvenile Arctic Tern looked rather ill and I was
about to go and pick it up when it flew off
Posted by Adam Hartley (Gnome) at 16:15