As planned, my VLW is away this week on a well deserved break from the rest of the family. I'm therefore left holding the fort and as a reward for enduring this onerous burden I felt that it was only right and proper that I had at least one bijou birding tripette this week. With not much else around that fulfilled my rigorous twitchable requirements, the Squacco Heron at Blagdon caught my eye. It was certainly long-staying having been there a week now and after initially being rather mobile it had now settled down in one place. What's more it was two hours away so just within my travelling limit. Therefore this morning, having dropped Luke off at school and made sure that our two daughters had gone off OK as well, I powered up the Gnome-mobile and set the co-ordinates for Blagdon Lake.


The Sat Nav seemed to think that going via Bristol was the quickest route and predicted a travel time of only 1 hour and 40 minutes though in reality it took two hours. The weather had been rainy when I left Oxford and it was rainy when I arrived at Blagdon. I parked up at the Top End (see the Blagdon Lake blog) where I met up with Nigel Milbourne, who is a warden there and the author of the blog. He sold me my permit (£3 and yes they do check them) and told me that the bird was now showing. Accordingly I wandered 100 yards down the road and there it was, skulking around in the long grass hunting for food about 30 yards away from the road. In the company of a birder from Bath we watched it skulk around in rather drizzly weather for about a couple of hours during which time it flew briefly a few yards to a different grassy area, showing off it's striking white wings in flight. I was struck by how small the bird was, I'd been thinking of something more little egret size but it was noticeably smaller. It was nice to see the bird so easily without having to search for it or wait around for it to show. 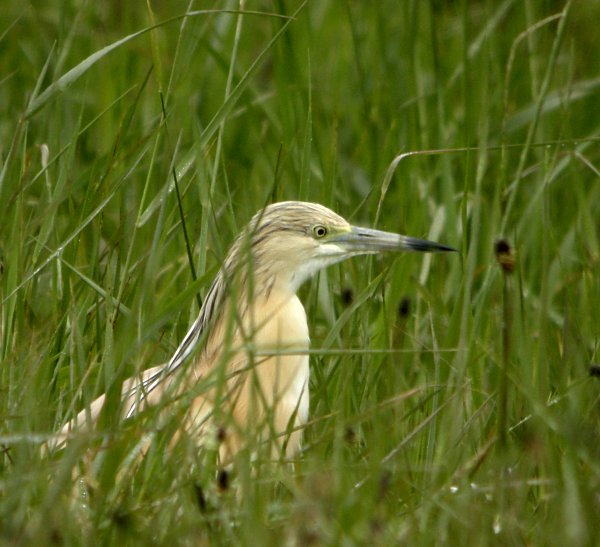 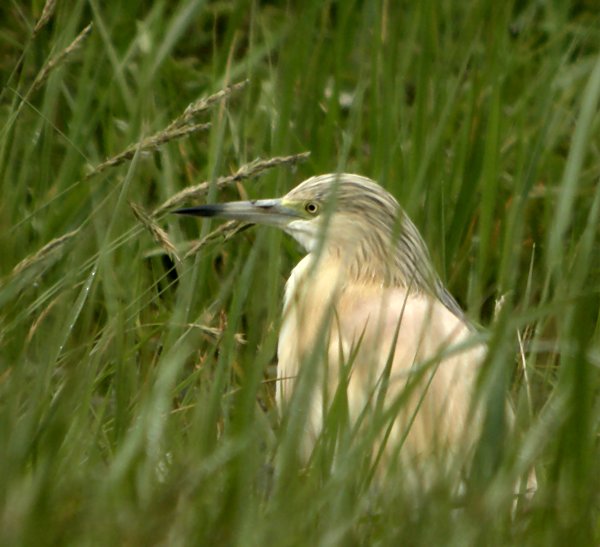 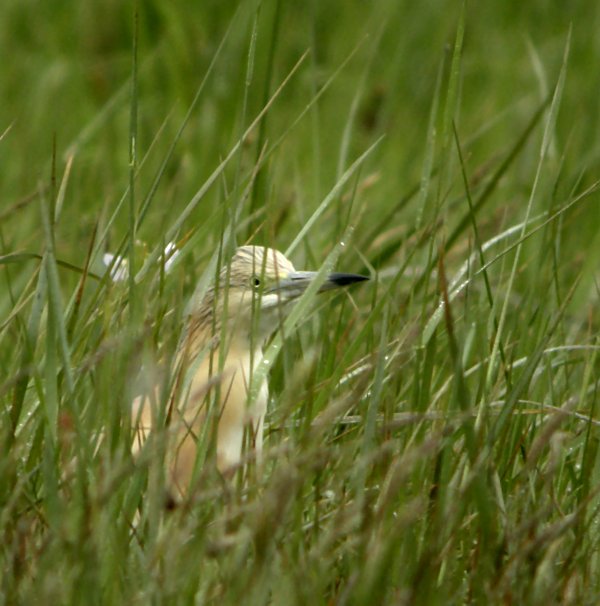 After a couple of hours I decided that I needed to get back to work and to be ready to pick Luke up from school etc. so I headed back, trying the "via Bath" route this time which seemed to take about the same length of time. It had been a nice easy twitch with the bird on show all the time and a nice revenge for dipping this species a couple of years ago. 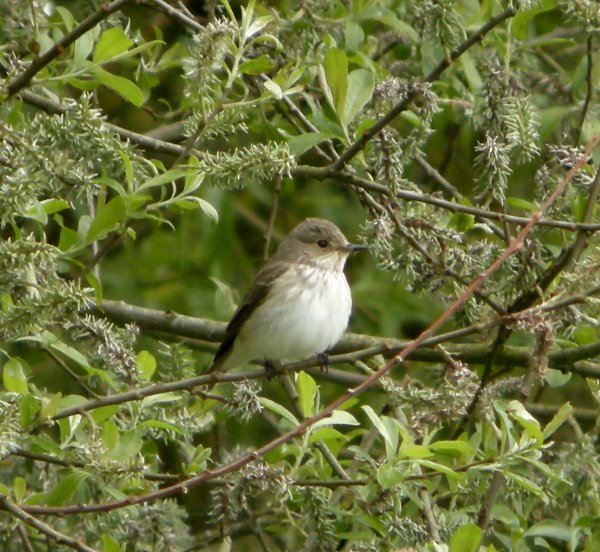 This nice Spotted Flycatcher was a welcome bonus whilst watching the heron
Posted by Adam Hartley (Gnome) at 20:31