Herefordshire doesn't normally feature too highly on my birding radar. In fact, whilst I might bemoan the fact that we are about as inland as it's possible to get here in Oxfordshire, I console myself that at least it's not one of those really tough birding counties like Herefordshire or some of the central Welsh counties. However, on Sunday night when I was just having a final check through of the sightings on the RBA iPhone app I came across "Cream-coloured Courser, Herefordshire". Intrigued but not intending to do anything about it I went to bed. The next morning there was a steady stream of reports of the bird coming from a golf course near Kington (where ever that was). I texted Badger and as expected he was en route with Ewan Urquhart in tow. Now my Gnome rules of twitching are quite clear and this bird was neither well-established nor was it within two hours driving. However, there's something about certain birds which makes them much more appealing than others and this lovely wader certainly had that je ne sais quoi wow factor. I sat glumly at home, watching the reports come in steadily. Hmm, the bird certainly seemed well settled for the day at least... and it was only a little bit more that two hours being about 2 hours and 20 minutes according to various route-planning web-sites that I just happened to look at. Finally at around 11 a.m. I cracked. After a bit of negotiation with my VLW I programmed the location into my Sat Nav app and set off.


Whilst the route-planning software and the Sat Nav all seemed to suggest a direct cross-country route I decided to see if I could make up some time on the motorway so chose instead the M40 North and then M5 south to junction 7 before heading West on the A44. The last bit seemed to take for ever, especially stuck behind a huge slow lorry and it was some two and a half hours later that I arrived at the turn off for the golf course. There was a rather tricky single track road to negotiate with hurrying twitchers trying to get uphill at the same time as the leisurely "seen it" crowd was coming back down but eventually I parked up by the side of the golf course along with a surprisingly small number of other cars and tramped up the gentle slope in the direction that other people were either heading or coming back from. Just past the summit was a line of thirty odd birders all watching the bracken slope where I immediately picked out the Courser though because of the incline of the hill and the bracken it was often quite hidden. As the bird worked its way in one direction so the birders had to keep working their way across the hill and there was a continuous shuffling of the twitch line along the path. Eventually it showed well enough for me to grab some photos with the Super-zoom before it suddenly looked alert and then flew off showing it's strikingly dark flight feathers and underwing. 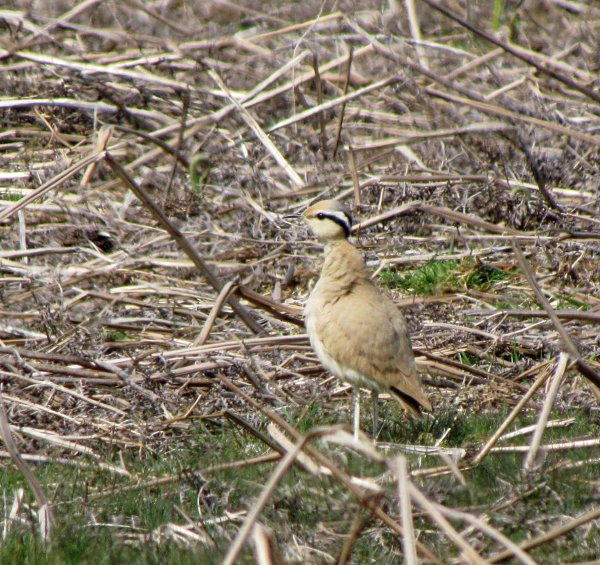 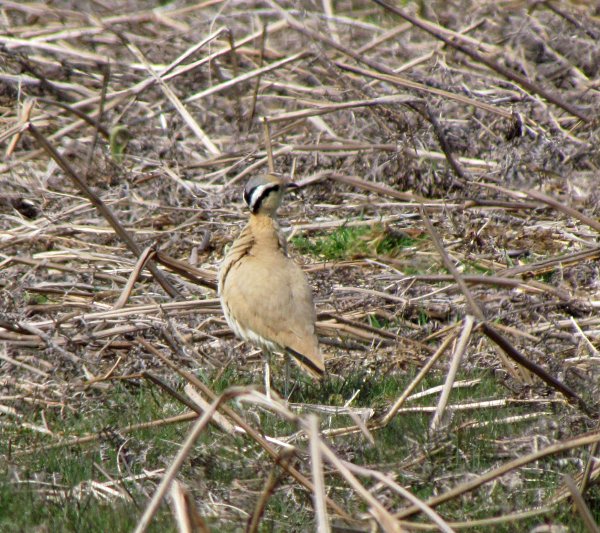 The Courser in the bracken


It turned out to have only gone some hundred metres or so and was now on the fairway of the golf course where it was much easier to see. In the lovely sunshine it was rather hazy but I eventually managed to get some digiscoped photos which came out OK. 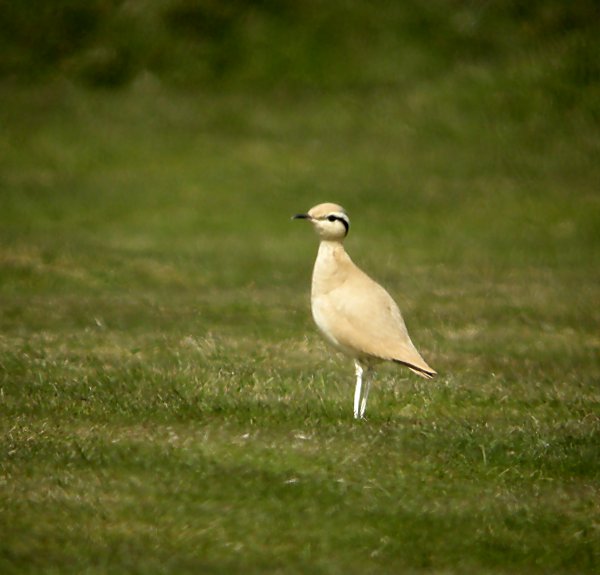 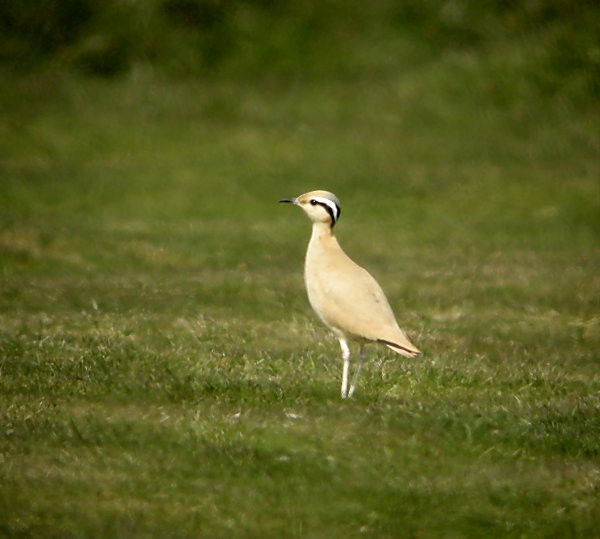 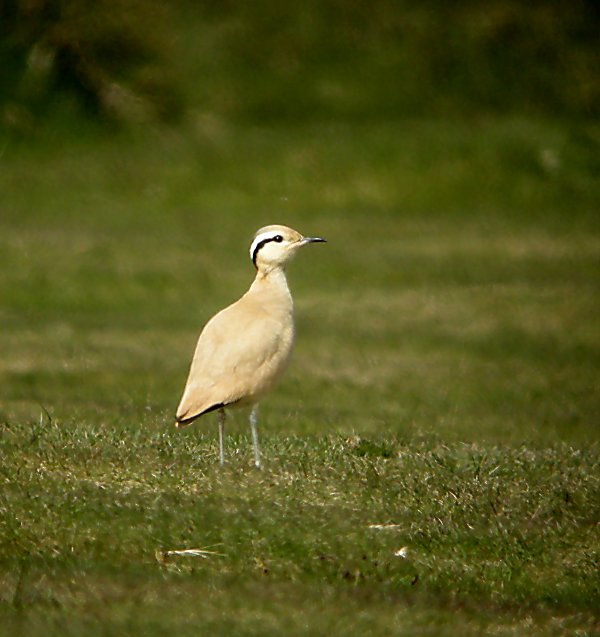 Digiscoped in the heat haze


All around, meadow pipits and linnets were singing, the sun was shining and there was just a gentle breeze as I watched the bird working its way along the fairway. It was often running quite quickly but then would spend some time standing still and even sitting down at one stage. A lady golfer was trying to play along the fairway but when she saw the crowd of birders she abandoned her ball and came over to chat and even looked at the bird through someone's scope.

I'd told my VLW that I'd be back mid afternoon (which I interpreted as back by 6 pm for dinner) and with a two and a half hour return journey I couldn't hang around. Accordingly, after only spending an hour on site I fired up the Gnome-mobile and headed back home, this time trusting the Sat Nav which took me back on the cross-country route via the A40 though in the end it was the same time as my outward trip. I arrived back at 5:30 rather tired from a total of five hours driving for only one hour of birding but very pleased at having seen such a gorgeous and beautiful bird which was well worth breaking my twitching rules for.