Whilst thankfully we are now over the worst of the summer doldrums and my patch at Port Meadow is at last playing host to a veritable hoard of waders, I still haven't been on a proper bird twitch for some time now. Therefore, to appease my appetite somewhat I thought that I'd go on another butterfly foray as part of my continuing quest to get acquainted with some of the more specialist butterflies that we have in our region. Today's targets were Chalkhill Blues and Silver-spotted Skippers, both chalk hillside species that can be found in several places in the region. I decided upon Aston Rowant to look for them, partially because it was fairly close and partially because I'd only ever visted the South side (Linky Down) in the past so it would be nice to visit somewhere new.


There was a certain amount of family logistics to juggle in the form of Daughter 2 who needed to be picked up from a sleep-over at a friends', but in the end she was happy to tag along with me so I picked her up en route. At the Aston Rowant car park I met up with a couple of seasoned butterfliers who'd been coming there for many years for the Skippers so we tagged along with them. For those who've not been, Aston Rowant is a wonderful steep chalk hillside site, full of flowers though unfortunately right next to the M40 motorway which rather spoilt what would have otherwise been a very tranquil and beautiful spot. It was teaming with butterflies with loads of Meadow Browns, some Gatekeepers nearer the car park and on the hillside itself plenty of Chalkhill Blues and Silver-spotted Skippers though there were some Small/Essex Skippers there as well so one had to be a bit careful. I spent some time trying to photograph them all though in the bright sunshine they were very active and often didn't settle for long before moving on. Other species seen included Brown Argus, a Small Copper, and quite a few Burnet moths. 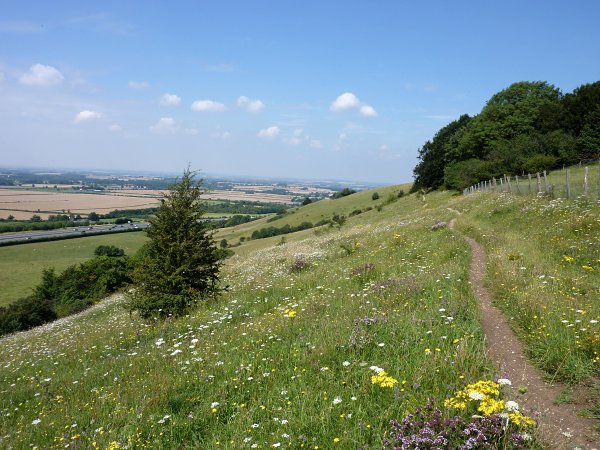 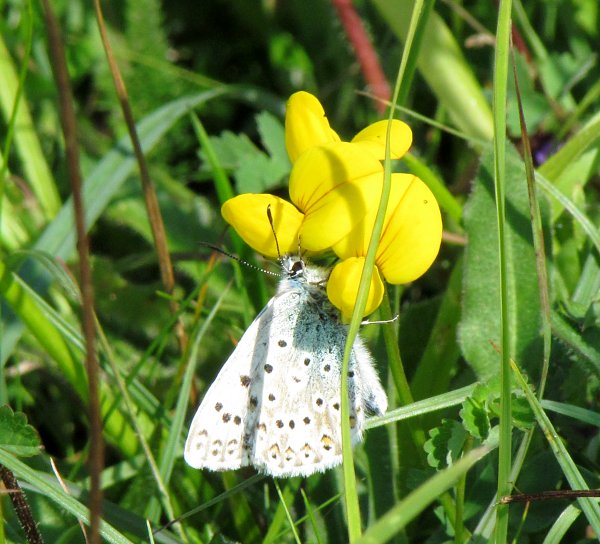 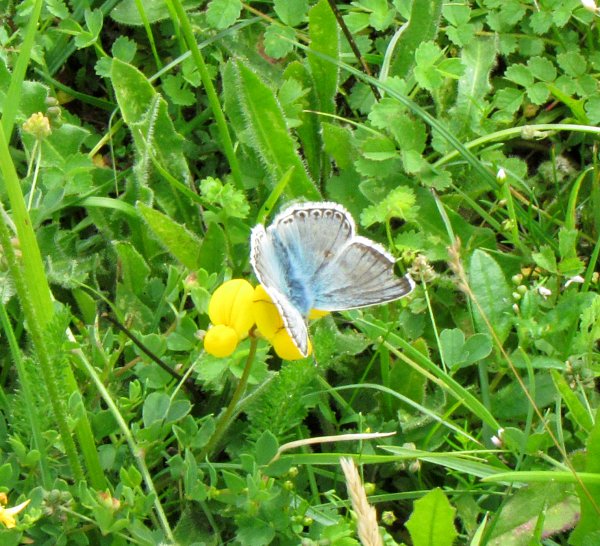 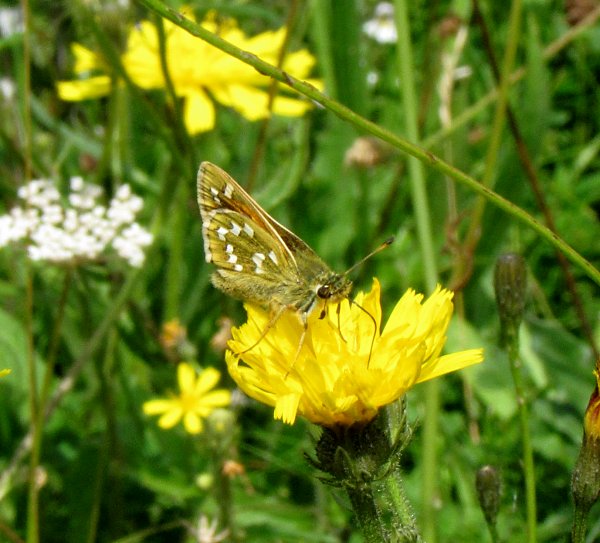 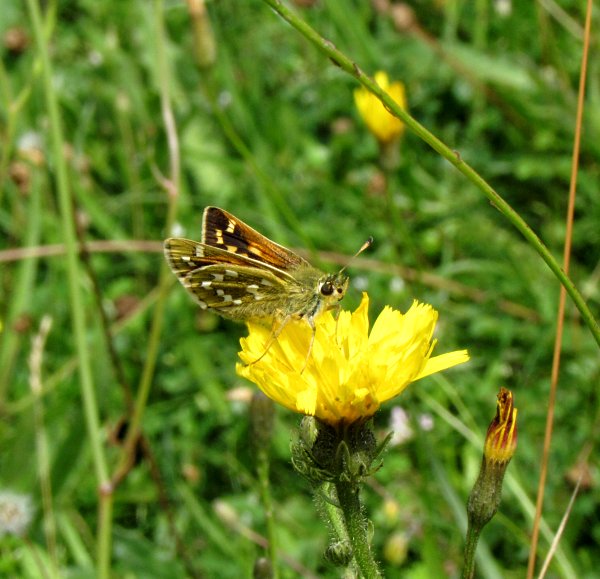 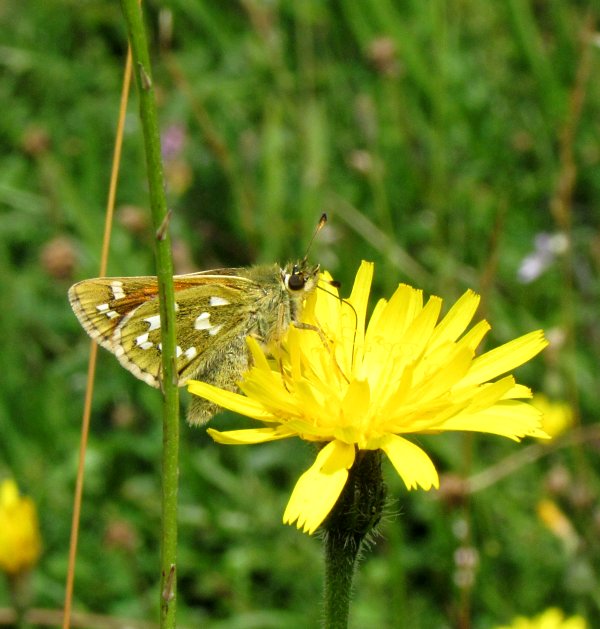 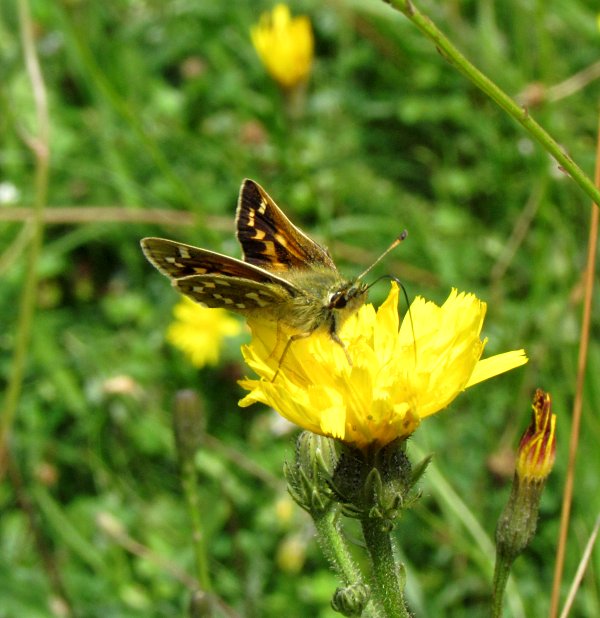 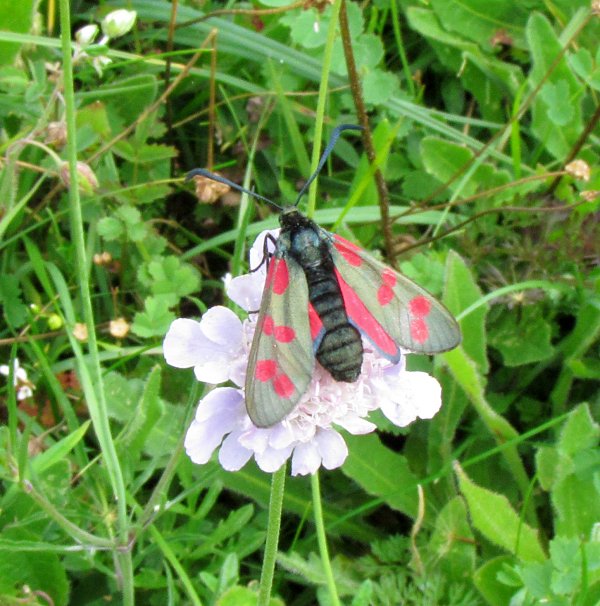 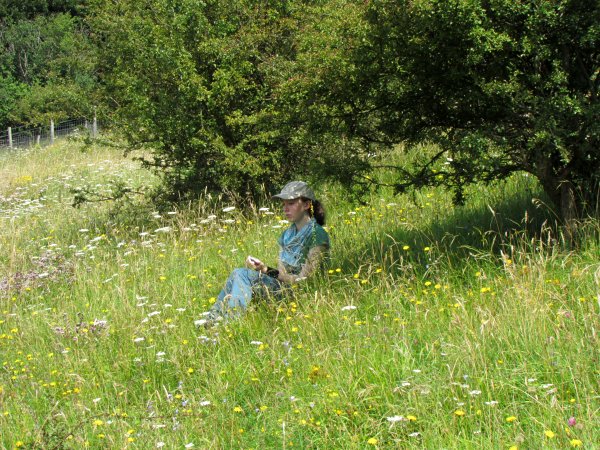 Daughter no. 2 waiting patiently for me
After about an hour and a half I reckoned I had all the photos I needed and I didn't want my daughter to start complaining about staying too long so we wandered back to the Gnome-mobile and headed for home.
Posted by Adam Hartley (Gnome) at 15:17