Take Your Birding Where You Can Get It!

I've not been out for a major birding outing for a while now. I've been working away on my patch at Port Meadow and have been enjoying some good gullage there but apart from that there's been little to report. Weekends are generally tied up with family stuff so I don't get much chance to go birding. However, I'm always alert to the possibility of sneaking in a bijou spotette of birding and this weekend just such an opportunity presented itself.


On Saturday a family trip to London was mooted: my VLW and our younger daughter wanted to go shopping and L, our 6 year old son, didn't want to be left out so I offered to take him to some museums which he might like. We had been thinking of the Imperial War Museum which we've been told all young boys love but according to their web-site it was closed for refurbishment at present so we decided to try the Natural History Museum to see the dinosaurs. A quick preparatory look on the map revealed that Hyde Park was very close by where of course there are a couple of over-wintering female Bearded Tits in residence. Thus was hatched a plan for some opportunistic birding.

We decided to have our picnic lunch in the park before visiting the museums and so we walked up from High Street Kensington. It was great to see and hear all the Ring-necked Parakeets calling away noisily within the park grounds. I know that they are viewed as pests in some quarters but I think that they're wonderful, lending a real tone of the exotic to the urban landscape. 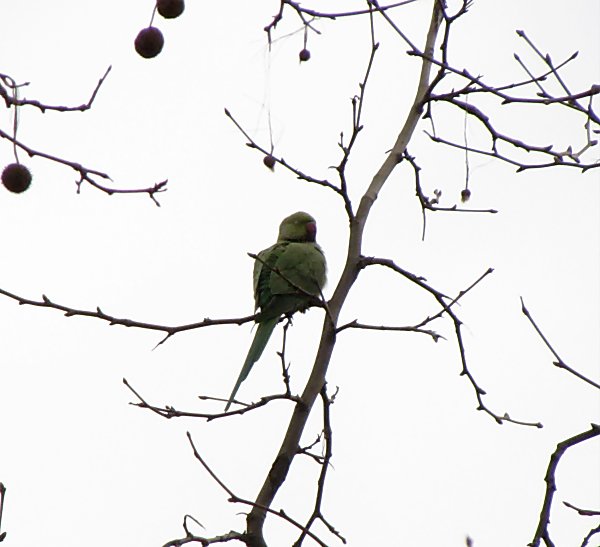 The Bearded Tits were apparently located in a small reedbed right next to the Diana Memorial fountain on the south side of the Serpantine. When we got there L spent a happy half an hour running around and jumping over the fountain whilst I enjoyed seeing the Beardies at point blank range in what is a pretty tiny reedbed, being no more than a couple of metres deep and perhaps twenty metres long. They seemed completely oblivious to the people passing by and were busy feeding away on the reed heads. It was comical to watch them as they worked their way up the reeds until their weight proved too much for the stem which would suddenly bend over and the bird would disappear out of sight. I spent some time trying to photograph them with my Super zoom though they were tricky little things as they were continually on the move. 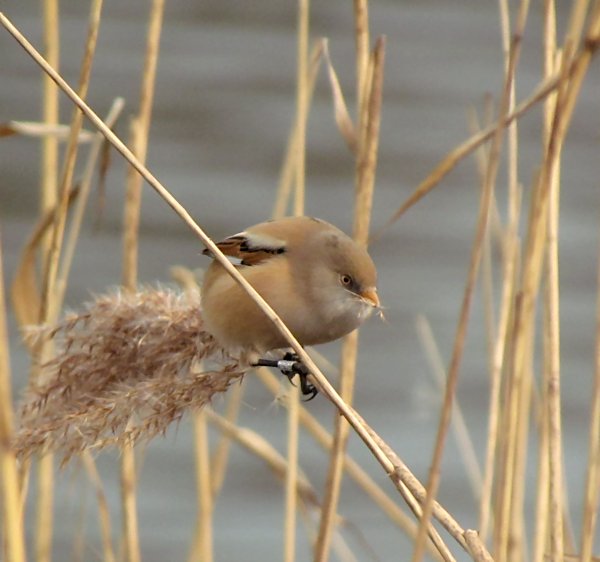 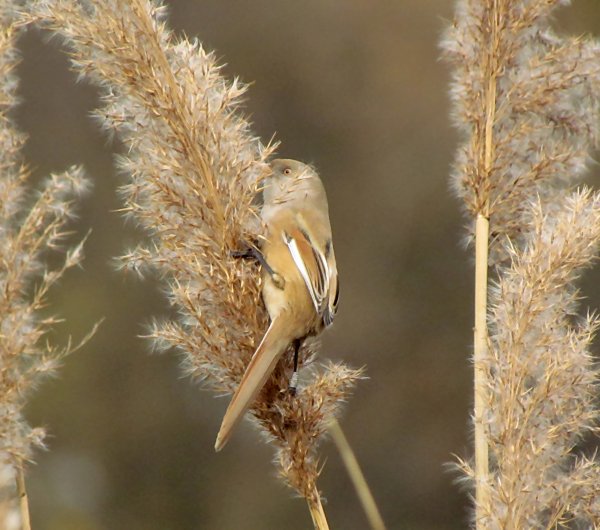 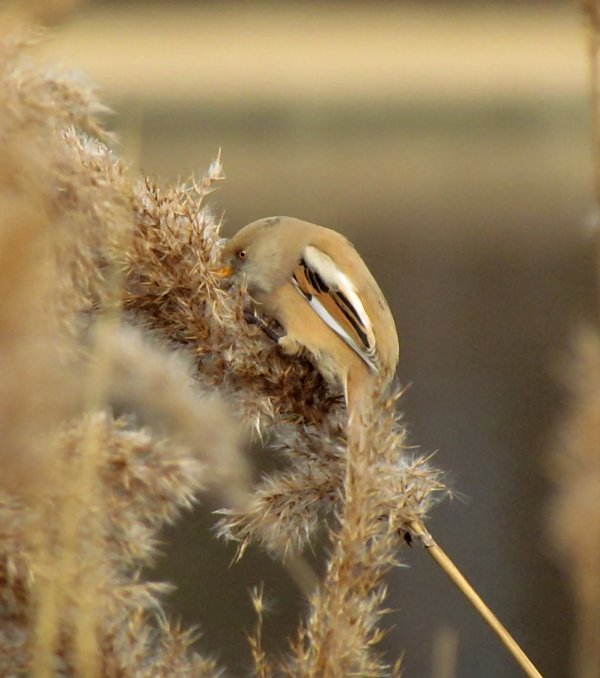 After a while L grew restless so we finished off our food and headed to the museums. The Natural History Museum had a huge queue by the entrance and they were only letting people in every few minutes which looked ominous. Inside it was absolutely heaving and altogether very unpleasant. There was a half hour queue to see the dinosaurs and L said that he didn't want to see them anyway so after a brief wander around some (mostly rather lame) volcano exhibits we left and went to the Science Museum instead where L amused himself for a while. When he'd had enough we headed back to the park for an ice cream and a wander around the Serpentine to clear our heads after the crowds. There was a surprising variety of birds on the water with Tufted Duck, Pochard, Shoveler, Red-crested Pochard, Egyptian Goose, Great-crested Grebe and Gadwall all seen as well as plenty of Black-headed Gulls with a few Herring and Common Gulls thrown in as well. It's great to have these park oases right within the centre of London. By this time L was getting tired so we wandered back to the tube and home to Oxford. It had been an enjoyable day trip with a bit of opportunistic birding thrown in to boot.
Posted by Adam Hartley (Gnome) at 15:34