Kicking Off the Butterfly Season

As May draws to a close my thoughts have increasingly been turning to the pending June & July birding doldrums which I usually pass chasing after insects instead of birds. The arrival of the fine hot weather conditions have had me thinking of butterflies and so it was that last Saturday I negotiated with my VLW to nip out for a quick butterfly hunt in the morning and then to do the weekly supermarket shop in the afternoon instead. As I only had limited time I decided to go somewhere fairly close by and so chose to try out Barbury Castle, an iron age hill fort on the Ridgeway just over the border in Wiltshire. What was particularly appealing about this site was the possibility of seeing Marsh Fritillaries there though it was by no means a top site for this species and in fact I later found out that numbers have been in sharp decline there recently. Nevertheless it was only an hour's drive away so I thought that I'd give it a go.


A short five minute walk from the large car park soon found me at the fort which consisted of a central area with a large deep ditch all round. I was told that walking along the bottom of the ditches was the best place to look and this I duly did. The weather conditions were good but I was worried that I was a tad too early for Marsh Fritillaries and in hindsight this turned out to be correct: according to Ewan Urquhart's excellent write-up here the Marsh Frits were only just hatching on this same day in the sheltered and more southerly Dorset site that he chose to visit so if there were any left at Barbury Castle then I was too early to see them anyway. Still I found quite a few Dingy and Grizzled Skippers along with a few Small Copper and the usual Peakcocks, Small Tortoiseshells etc. There's always something to look at and I passed a pleasant couple of hours scouring the grassy slopes with the sound of Skylarks and Meadow Pipits singing away in the background. 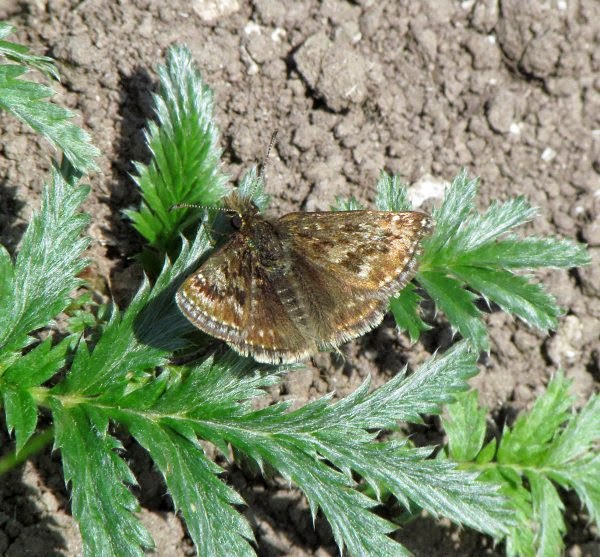 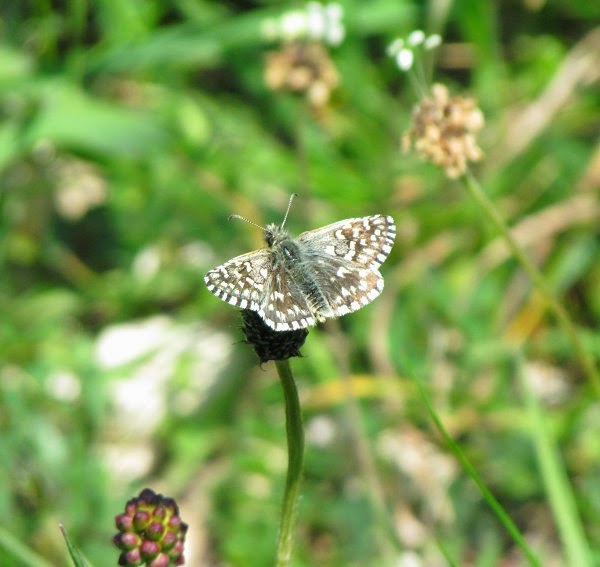 So not the result that I was really hoping for but it was nice to be out in the sunshine and getting to grips with butterflies again.