A Wander Around Farmoor

When there are no flood waters on my beloved local patch at Port Meadow the birding gets rather tough. It's the waters which are the main draw for birds so in their absence there's not a lot to see and whilst I still make the effort to go out regularly and check it, in truth it can get rather samey and if I don't add a bit of variety to my routine it can "do my head in" after a while. Anyway, so a couple of weeks ago I decided for a change to have a wander around Farmoor Reservoir. This site is probably the top site in the county for birds: it regularly tops the county site year list league table (Port Meadow usually manages to come third, which I think is a great achievement given it's relatively small size and it's proximity to the city) and has an impressive historic rarity list. Whilst there were no proper Rares there to tempt me on this occasion there were a couple of rarer Grebes on offer in the form of a juvenile Red-necked Grebe and an adult Black-necked Grebe. In addition with a juvenile Black Tern to be seen there seemed plenty on offer. So it was that mid morning on a Monday I set off on the short drive to the reservoir.


The weather was pleasantly sunny with a gentle breeze as I got ready and made my way up the bank towards the reservoir. There I met with a couple of returning birders who informed me that the two Grebes were still present over by the "bus shelter" in the south west corner of F2 (the larger of the two reservoirs) and that the Black Tern was hanging out in the north east corner of F2. I decided to start off with the Tern and to walk the length of the causeway and all the way around F2 thereby as a bonus getting a good walk in. The Tern was on view almost immediately working its way back and forth across the corner of the reservoir though for some reason as soon as I got my camera ready to try and take a shot it decided that it had had enough and headed off up the causeway. I decided to wander off in pursuit, passing en route the long-staying moulting drake Pochard that was holed up in amongst the boats.


As I wandered along the causeway I did the usual zig-zag to check the shoreline on either side and I was rewarded for my efforts with a juvenile Ringed Plover though nothing else apart from a few Pied Wagtails. I came across the Black Tern again though it moved off towards the centre of the reservoir before I could get too close. There were quite a few Yellow-legged Gulls of various ages dotted about the centre of the reservoir and towards the western end of the causeway I came across a fine specimen standing on top of one of the buoys.

As I wandered along the west shore of F2 I scanned the fence-line for chats but there were none today. The west shore-line itself was comparatively empty of birds but as I approached the south west corner bird numbers started to increase and I soon came across the Red-necked Grebe though it was having a power nap at the time and wasn't looking very photogenic. So I went on another twenty or thirty yards to near a pontoon where the very showy Black-necked Grebe was hanging out. It was having lots of success catching Sticklebacks and was happy to have its photo taken. 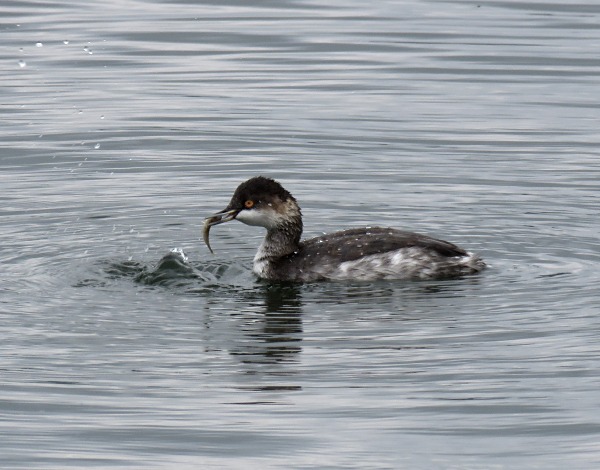 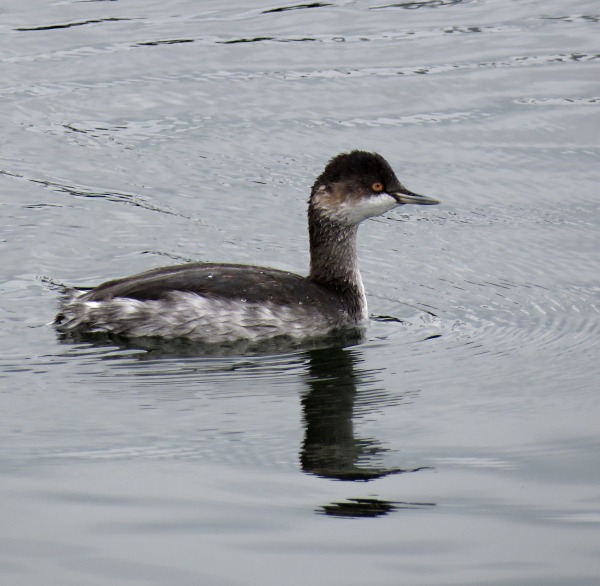 After a while I went back to the Red-necked Grebe which was now at least awake though by no means as showy as it's Black-necked Cousin. 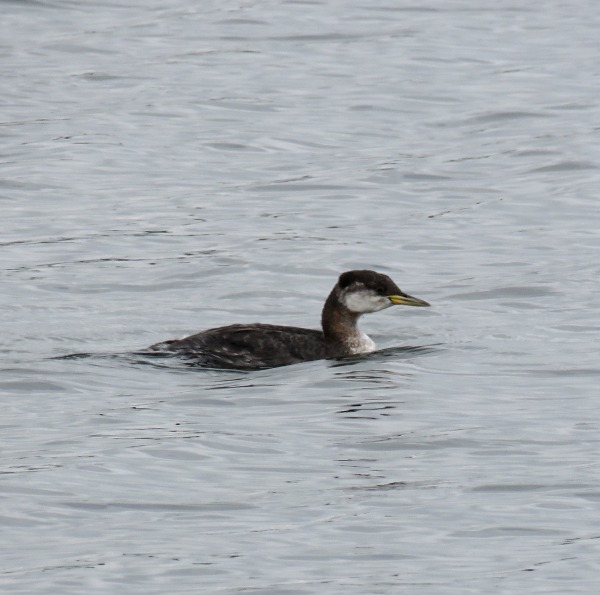 There was also a few Little Grebes about as usual. Now, I don't do proper national year listing at all but I do happen to keep a record of what I've seen and remarkably this was actually the first of this species that I'd come across this year - quite an achievement! In fact that was also true of the Pochard that I'd seen earlier: clearly I need to make more of an effort to get out to gravel-pit or reservoir locations during my birding year.

Continuing my journey back towards the eastern side of the reservoir, all the fly fishermen seemed to be congregated down in this corner. I had a narrow escape when one of them starting casting just as I was walking behind him but fortunately he didn't snag me and I yelled out to stop him in mid flow. There were quite a few Migrant Hawker dragonflies along the shore, hunting near the trees though none would settle for a photo. I kept scanning the trees and bushes along the shore, hoping for some warbler action but there was not luck. Back by the car park shore a trio of Common Sandpipers were bobbing their way along the shoreline - always a pleasure to see.


I headed back to the car in a contented frame of mind and headed back for home. It had been a very pleasant stroll around Farmoor - I really should do it more often!
Posted by Adam Hartley (Gnome) at 16:02