Waiting for the Man - Totternhone Knolls

With Orchid season well under way now, I felt that it was time that I tried to see some more of the species that I've yet to see in this country. The only problem with this idea was the rain. Whilst the nice thing about flowers is that they don't disappear in the rain as insects and to a certain extent birds do it still it doesn't make for an enjoyable trip so I've been holding off until there was a break in the weather. Last Friday such a break finally came and with a nice window of sunny weather forecast for the afternoon I decided to venture forth. Of the Orchids that I still needed to see, one of the closest sites where they would presently be in flower was Totternhoe Knolls with Man Orchid the target in question. Situated between Leighton Buzzard and Dunstable it was a little over an hour's journey to get there so after lunch I set off.


After an uneventful journey I pulled into the car park and as I was getting ready a Corn Bunting serenaded me from the other side of the trees surrounding the car park. I headed up the small slope to the main track at the top where there are a number of different directions to take. 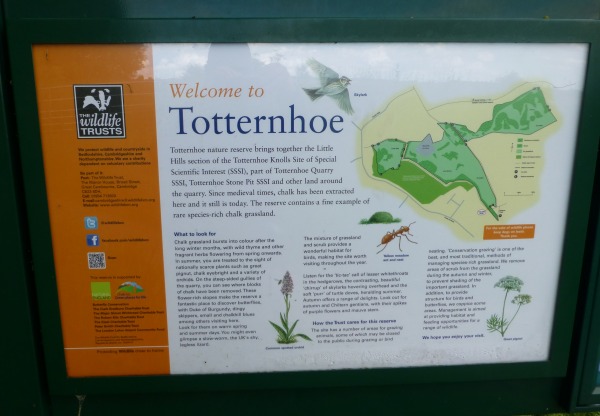 I'd been advised that the Little Hills area was a good area to search so rather than heading out into the flat area in front of me I turned left and followed the path the lead up a steep incline along the left hand side of the reserve. Through the trees I could catch occasional glimpses of the view: I was actually quite high up and except for the trees it would have been a great vista. As it was mid afternoon there wasn't a great deal of bird activity but a few warblers were singing away hidden in the undergrowth and I heard the distant song of a Yellowhammer on one occasion. As I went I scrutinised the various Umbellifers that lined the way, looking out for Great Pignut - much rarer relative of the Pignut that is only to be found in this one area of the country. According to the reserve notice board it was to be found here and I soon came across some of them.

After about a fifteen minute walk the track turned suddenly to the right and there was a gate in front of me. Peeking through I could see the steep slopes and hollows of the Little Hills area. The slopes were covered in Common Spotted Orchids everywhere you looked. I headed down into the dell and started to hunt for my main quarry.


It didn't take too long to find it: at the far end of the area there were a couple of caged off areas and sure enough there were at least a dozen Man Orchids in each of the two areas. The only problem was taking photos through the cages and I had to go through various contortions to get some nice shots. 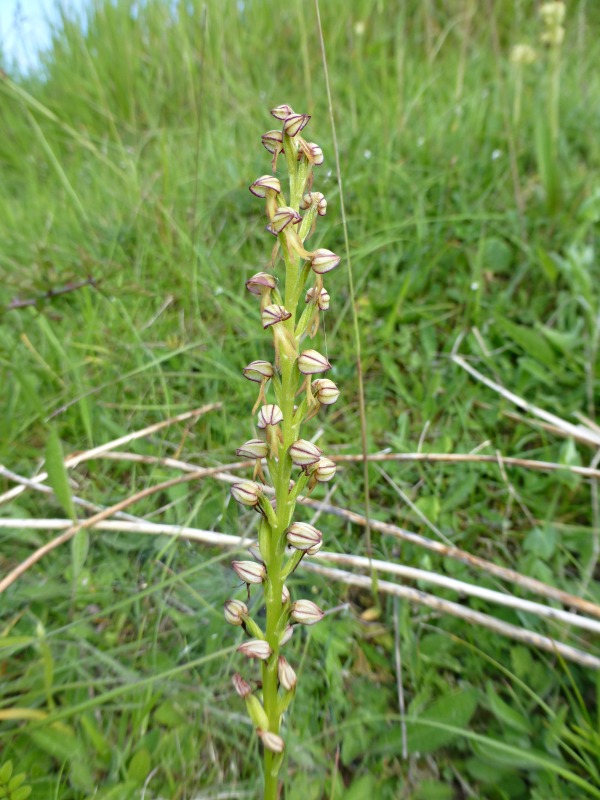 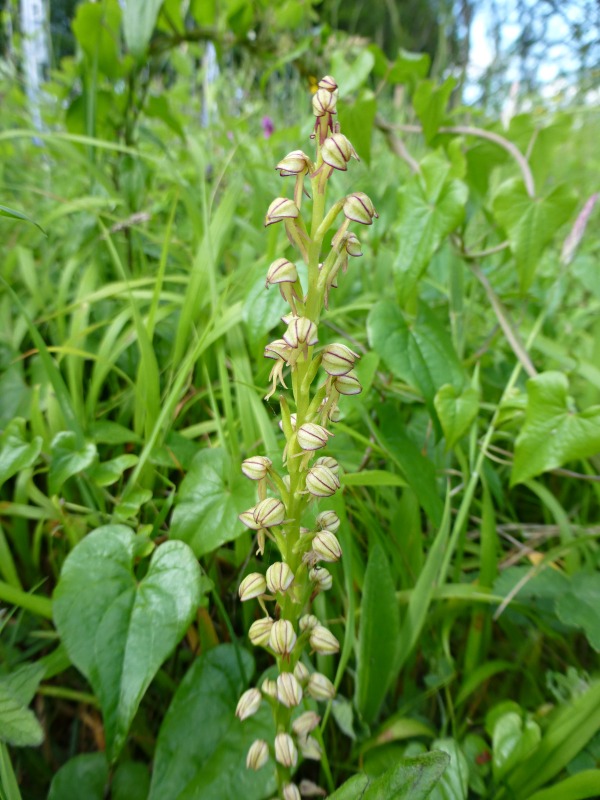 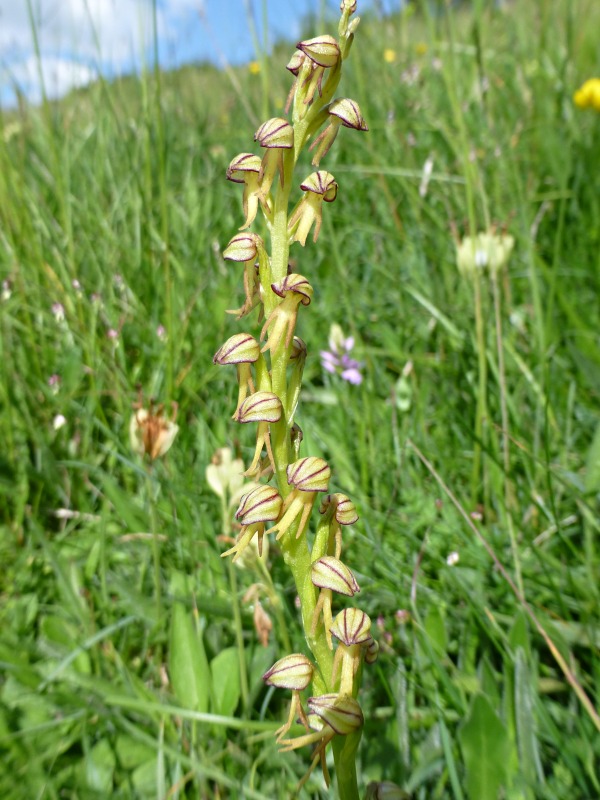 Having got my fill of the main target I had a wander around to see what else was about. I soon found some Common Twayblades in amongst the Common Spotted and there was a the odd Pyramidal Orchid to be found as well.


As I wandered about I did come across one or two uncaged Man Orchids which were much easier to photograph. There were also a few Common Blue butterflies and the odd moth though I didn't manage to see any of the day-flying Black-veined Moths that were supposed to be found at this site.

I wandered about in a very contented manner for far longer than I'd originally intended and so it was after 5 pm by the time I headed back to the car park. I therefore had to fight the rush hour traffic on the way back home though with Radio 4 for company in the end it wasn't too bad. It had been a most pleasant afternoon at a very nice little site, one definitely worth another visit at some point.