I was just starting to get ready for my daily trek out to Port Meadow to see what was about when I got a Badger text: "Glossy Ibis at Bicester Garden Centre". To be honest I'd been expecting such a text for some months now: there's been so many Glossy Ibises knocking around the country that it was surely only a matter of time before one stumbled into Oxon. The reason that I was particularly interested in this occurrence was that I still needed it for my county list. Now most respectable county birders have seen this species when a long-staying bird turned up at Otmoor in June 2004 but this was well before I took up birding again so this species was distinctly un-ticked for me. Anyway, so having got the Badger text, I gave him a quick call to work out where exactly to go, threw my stuff in the boot and off I set in the Gnome mobile.


En route I got a called from Badger saying that it had been flushed by a Kite and had flown off rather low and had appeared to come down in Bicester Wetlands Reserve which was just behind the Garden Centre. After a quick spin by the Garden Centre floods to check for myself (still no sign) I therefore rendezvoused with him there and we decided to have a tramp about to see if we could re-located it. I foolishly neglected to swap into my walking boots and it turned out to be very wet and muddy (who'd have thought it!). We splashed around for some time but found nothing apart from a few Little Egrets. By now it was getting dark so we decided to head back to the garden centre for a last look there before heading off. Fortunately the bird had indeed come back and was feeding away on the far side of the floods less that thirty yards away. Using the car as a hide I was able to watch the bird at close quarters and take a few record shots in the fading light. Apart from Badger, also present were Barry Batchelor and Nick Truby who managed to take some nice shots with his camera (see here). 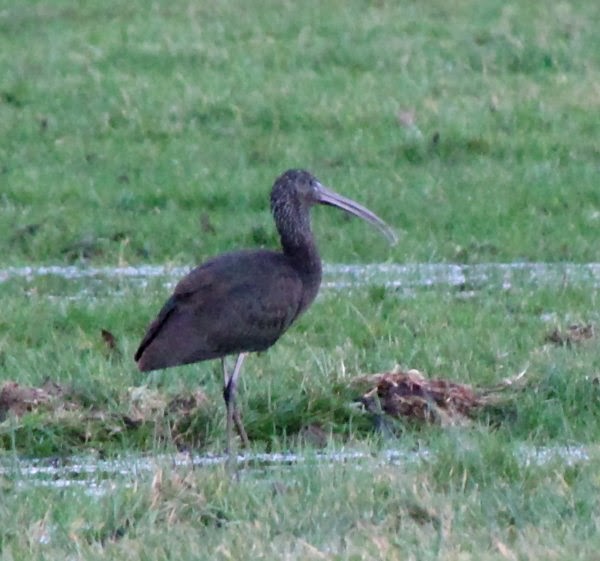 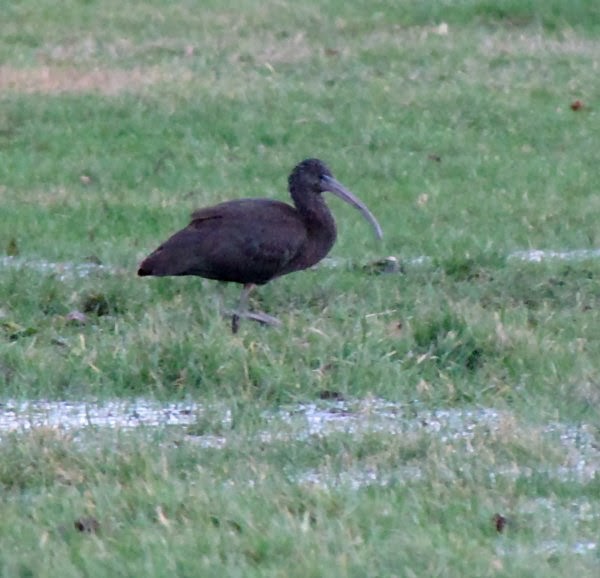 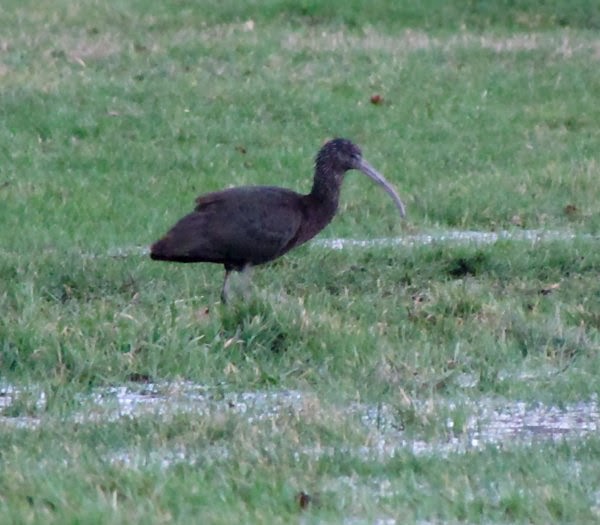 
I also took a bit of video


After some ten or fifteen minutes of watching it, it suddenly took off for no reason, presumably heading off to roost somewhere. It later turned out that the bird had been found yesterday over in the Bicester Wetlands Reserve though for some reason the news didn't get out until this afternoon. Despite being somewhat skittish it seemed to return quickly to the garden centre floods on each occasion today so in hindsight just staying put there would have been better.

Once it had departed I headed back happy (if rather muddy) to Chateau Gnome for a nice celebratory cup of tea and a chat with my VLW. It was great finally to get this species on my county list and I hope that this run of good county birds continues on into the new year. Next target is of course to see one on the Patch.
Posted by Adam Hartley (Gnome) at 20:47