I've noticed that over the last few days the weather has been nice and sunny in the morning only to cloud over in the afternoon. Thus, when late morning I came to a natural stopping point in my work, I decided to get my birding for the day done whilst there was still some sunshine about. My Port Meadow patch has been rather hard to bird of late given the size of the floods there (if there's not too little water then there's too much!) so rather than squinting at some distant duck blobs through my scope I thought that I'd nip down to Abingdon Sewage Works (I know, living the dream or what!) to check out the two Tristis Chiffies there that Ian Lewington found over the weekend. After all what could be nicer on a chilly but sunny winter's morning than watching some warblers?


I must admit that I have a penchant for Warblers - I love their subtleties and the fact that they're constantly on the move, restlessly searching for that next bite to eat. I even enjoy watching the lowly Common Chiffchaff but with a Tristis I find that they just look exciting and rare! In general when you see a flash of silver-white colouring on a Warbler, you starting thinking Bonelli's or Greenish or something and even if it just turns out to be a Sibe Chiffy they just look so strikingly exotic compared to the drabness of a Collybita.


I wasn't disappointed on my visit and within half an hour had tracked down the two birds, which were about half way along the northern fencing, spending a fair bit of time in the line of trees on the other side of the path from the works where they could enjoy the full benefit of the sun. I made a half-hearted attempt to photograph them but my super zoom camera is just too slow to be able to shoot such restless birds and in the end I gave up and just watched them.


As I was heading back to the car I met up with camera wizard Roger Wyatt, who'd taken some absolutely stunning photos of these birds the previous day (see below). We chatted for a while and went over to the lake to see what we could find before I had to head back to Oxford and to my work. All in all a very pleasant interlude in my working day. 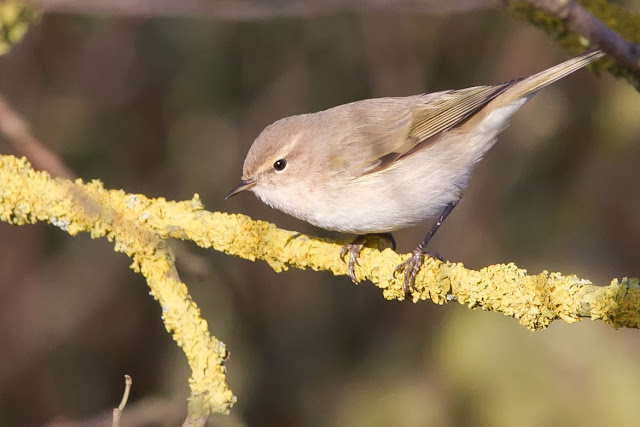 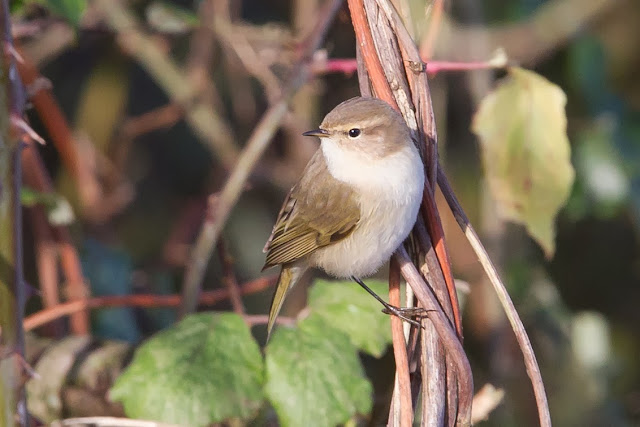 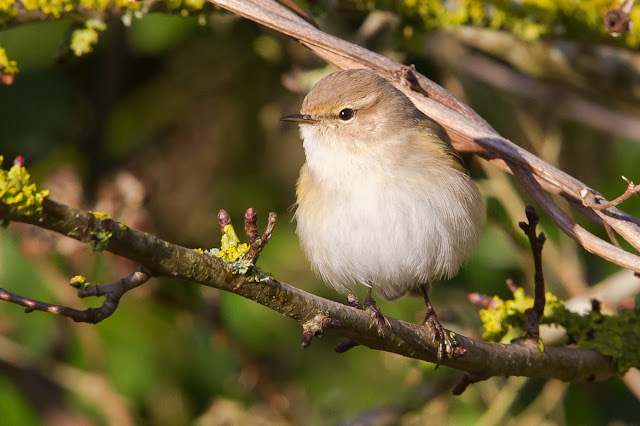 Roger took these absolutely stunning photos of the birds which I've copied from the Oxon Bird Log here. They really show off to full affect just how gorgeous these birds are as well as what a great photographer Roger is! (c) Roger Wyatt