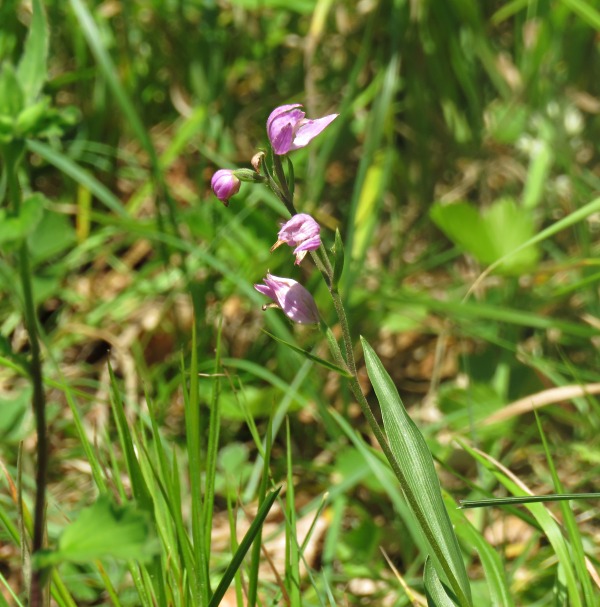 Any serious orchid hunter at some point has to go on an organised trip to see Red Helleborine. This plant, whilst relatively common on the continent, is right at the northern edge of its range in this country and there are only three sites where it grows here. The nearest one to me is Windsor Hill Nature Reserve, a permit-only BBOWT reserve where this species is still just hanging on. Having learnt about it earlier in the year I sent an e-mail asking if I could be informed of the next open day there. I was told that whether an open day would happen at all would depend on if there was actually a flowering spike but fortunately a few weeks later I got back news that there was one flower on show so a visit was on. Initially arranged for the 7th July, the date was brought forward some two and a half weeks as the sunny weather had brought it into flower earlier than expected. Thus it was that on Tuesday of last week I made my way into deepest darkest Buckinghamshire to rendezvous at 2 p.m. with a small band of orchid enthusiasts. There were a little more than a dozen people there and it was interesting to see the contrast with the people whom one would normally meet on a birding trip. In general there was less of a variation in age (I was actually one of the youngest people there!) and there were far more women than you'd expect on a typical bird twitch. They were quite a chatty bunch and I was soon talking plant ID's and orchid hunting with a couple of them whilst waiting for our guide to start things off. The guide was a relatively young chap called Mark who knew his stuff and seemed to be as obsessed with nature as I am. He guided us along the track until we came to a halt in the middle of a wooded section. It seemed that we were going to go severely "off piste" as the next bit involved a scramble up a rather steep bank with no obvious path at all. Mark explained that it was deliberately kept like this to stop orchid stealers finding the spot too easily. There was a rather elderly lady in our party who needed quite a bit of help in getting up the slope but somehow she managed it. We then skirted along the slope for a short distance until we came to a fenced off area which was where the orchid was located. Here we split up into two groups: one half walking a few yards down the steep slope to photograph the Red Helleborine, whilst the others stayed a bit higher up listening to the guide talk about it. After a while we swapped over though there was no real issue with viewing at all and everyone had plenty of time. The Helleborine was just about the only flower on view in the enclosure apart from a single Nettle-leaved Bellflower. It was a few metres from the fence edge but thankfully with my superzoom camera I was able to get some reasonable shots though it was a bit of a balancing act keeping upright on the steep slope whilst trying to take a photograph. 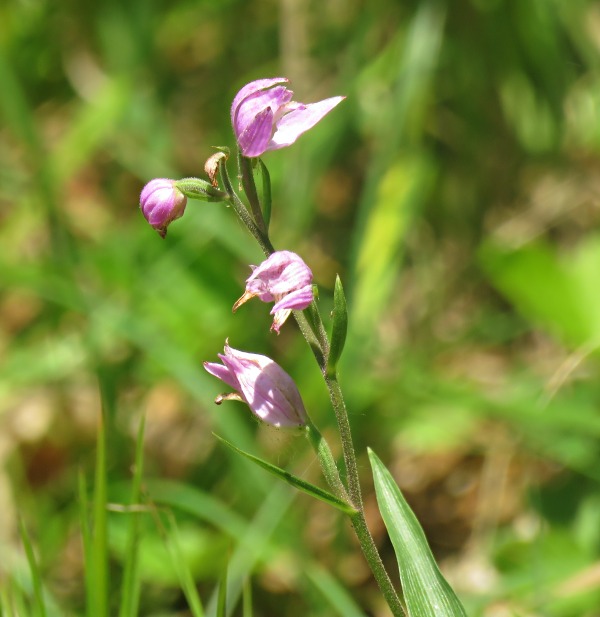 We were told that this was actually the only Red Helleborine flower in the entire country this year with the Gloucestershire site not having any flowering spikes and the Hants one not having produced any plants for a few years now. BBOWT were still trying to work out what conditions the plants ideally like and were experimenting with shade and cutting back the surrounding foliage. With just one flower in the entire country it was a definite rear-guard battle though I hope that they manage to get it sorted in the end.


After a while we moved on to some unimproved grassland in a more open area and spent a while doing some botanising there. It was full of the usual plants and had I been on my own I'd have spent some time there rummaging around but all too soon it was time to head back to where we'd parked. 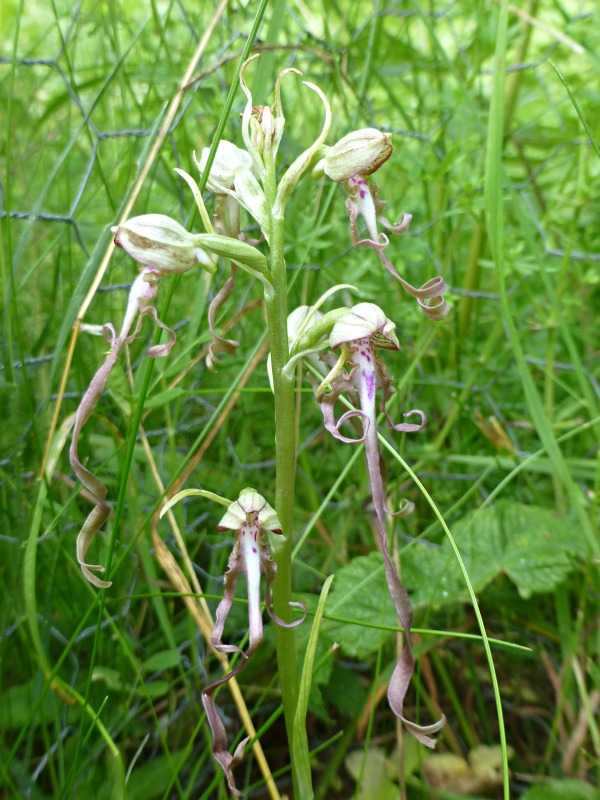 As time was marching on I didn't linger but just did a lighting tour of the grassy area before heading back to the car and home for a celebratory cup of tea.