Farmoor Red-necked Part II - The Return of the Grebe

Regular visitors to the Oxon Bird Log may well have noticed the preponderance of Red-necked Grebe photos dominating the personal blog thumbnails down the right-hand side of the blog over the last couple of days. The reason for this is of course the discovery of a gorgeous summer-plumaged specimen by the Wickster on Saturday morning. Most of the hardcore county twitchers visited the same day where by all accounts they were treated to some cripplingly close views. Now my non-patch county birding is rather limited: I tend to keep my powder dry as far as spending brownie points until something comes along that I need for the county list, especially at the weekend which is generally considered to be family time so I didn't even try to see it on Saturday. However on Sunday my VLW was going to London to catch up with some old school friends so I generously offered to give her a lift to the station (gaining a few BP's) before heading on to Homebase to buy some more lightbulbs (a few more BP's) and then to nip over to Farmoor to pay my respects to the Grebe.


For birds on F2 (the larger southern half of the Farmoor reservoir complex) there are a few choices for parking and as the bird was last reported along the southern shore of F2 I elected for the layby half way along the road to Lower Whitely Farm. This turned out to be the wrong guess as the bird was actually working its way along the western shore so that involved a good fifteen minute walk to get over there. Still it was nice to be out and about and I was in no particular hurry - I even saw a couple of Swallows as I worked my way along the shore. I eventually spotted the Grebe in flight with a Great-crested cousin heading towards me. It seemed to be working its way along the western shore all the way up to the causeway whereupon it would fly back to the south-west corner and start again. Anyway, in what was a rather stiff breeze I tried to photograph what turned out to be a rather fast moving bird so it wasn't at all easy. Still I managed to get some shots in the end though the light was pretty crummy. It was altogether a gorgeous bird and I think that I'm right in saying my first one ever in summer plumage. I couldn't help wondering if it wasn't actually the same long-staying autumn bird, now working its way back north again (see here for that encounter). 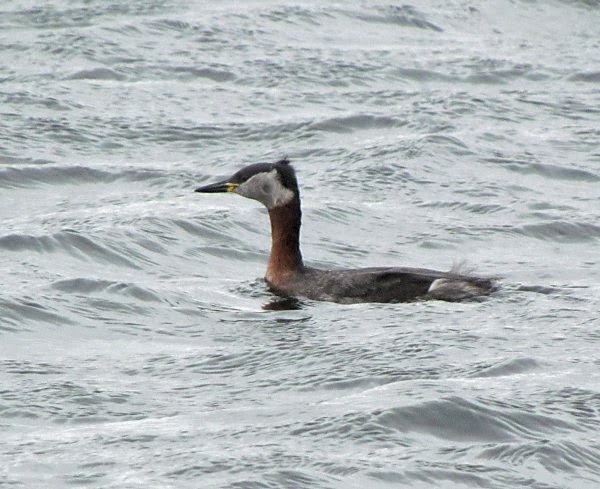 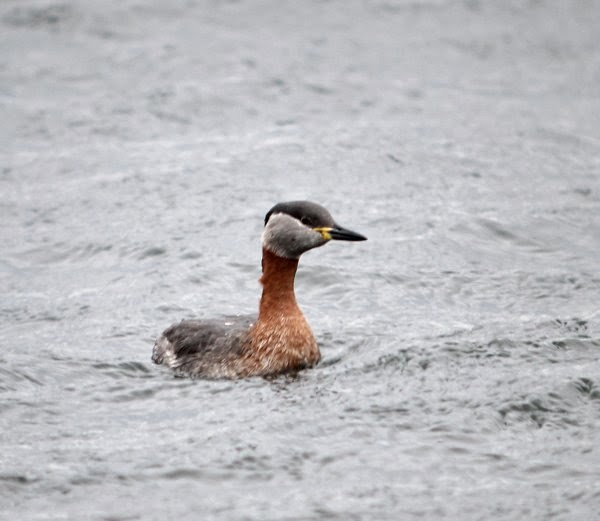 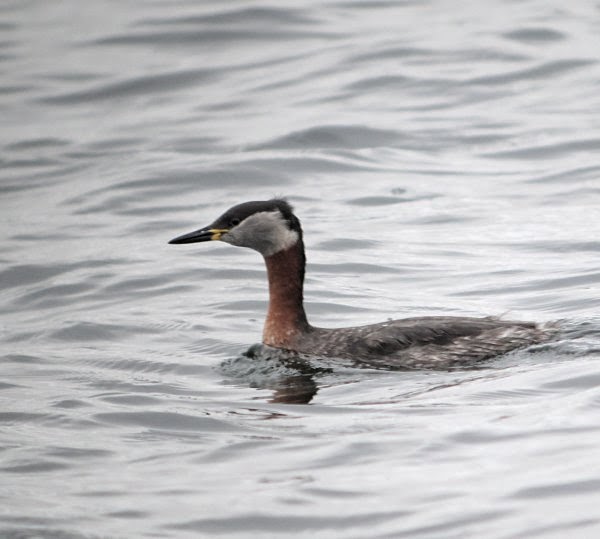 I soon gave up trying to photograph it and just watched it swimming around in all its grebiness. I wonder where it will be heading to after Farmoor - where ever it is I wish it the best of luck.
Posted by Adam Hartley (Gnome) at 20:46