OK, I know it's a stupid title for a blog post but it's the title of a book that I read back when I was a boy. Biggles was a pilot who got up to all sorts of adventures with his friends Ginger and Algy and I really enjoyed the series back then. I do remember when I read this particular book that I didn't even know what an Orchid was, though I eventually worked out from the plot that it was some kind of flower. Fast forward to the present day and I realise that, whetted by my trip to Hartslock earlier this year, I'm starting to develop a taste for Orchids and can see why people list them. The thing about plants in general is that there are just so many of them it's quite overwhelming to think of starting a list for them (not that it's stopped me clocking up my first 500 or so). Orchids on the other hand are more manageable: there are fifty odd species apparently (so similar to butterflies) so it's more a question of logistics and going at the right time of year to each location. Now, I'm not formerly committing myself to doing the whole list but I thought that I'd at least try to see all the fairly local ones. Therefore I made some enquiries from local wildlife expert Wayne Bull (see his excellent blog here) and he pointed me in the right direction for a couple of early season ones, namely Early Purple Orchid and Green-winged Orchid. So this week I made a couple of trips to see them, carefully picking out the days with gorgeous sunny weather and on both occasions a great time was had.


The first location was to Sydlings Copse, just near Stanton St. John outside Oxford, a place that I'd heard of regularly but hitherto had never actually visited. The walk to the reserve itself was through open fields and I kept a keen eye out for arable-weed flora and managed to find a few flowers of interest tucked away in the corner of the fields. A Yellowhammer was singing in the hedgerow and Red Kites soared overhead and in the warm sunshine it was good to be out and about in the countryside. As I neared the reserve itself I heard a pheasant-like call that sounded a bit odd and I wondered idly whether it might be a Reeve's Pheasant which I knew could be found in the woods around this area.

The reserve itself turned out to be a fascinating mix of different habitats. To start with there was open broadleaved woodland which had me thinking of Wood Warblers though I suspect that the area was a bit small. Indeed that could be said for all the habitat areas: they were great but not very extensive. Then there was an area of unimproved grassland (where the Orchids were), an area of sandy heathland (a very rare habitat in Oxon that had me thinking of Tree Pipits) and in the bottom of the valley was a bog (a "Medieval Mire" apparently) which again is apparently a very rare habitat. All good stuff and I wandered around taking in all the sights and sounds with great enjoyment. I soon found the Early Purple Orchids which were perhaps past their best but still looking great in the sunshine. 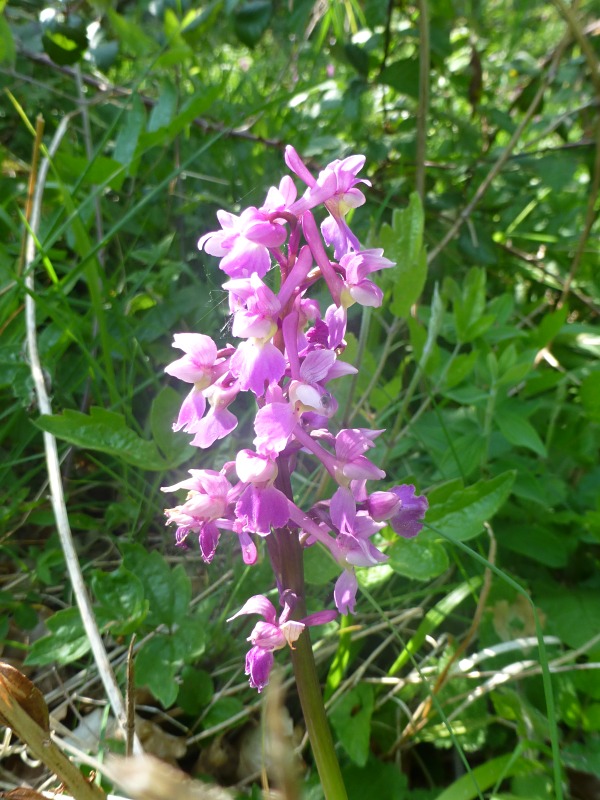 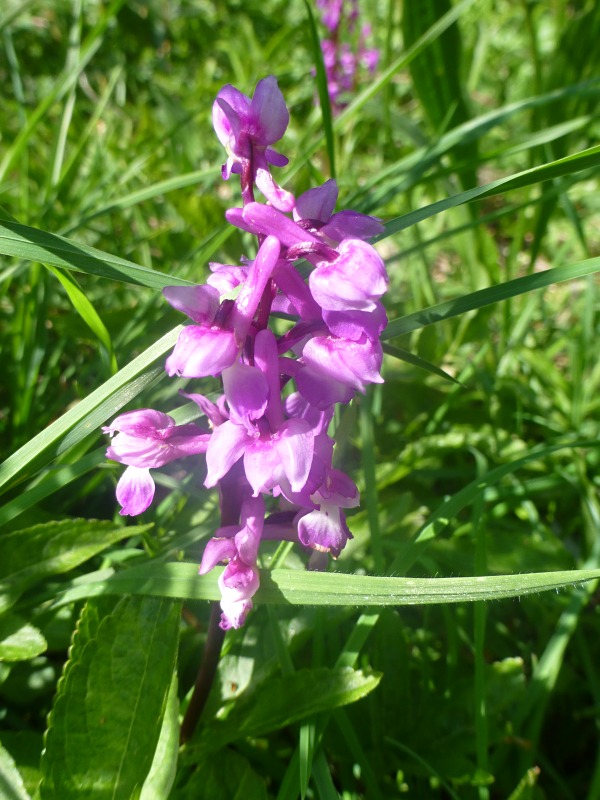 There were a few Warblers singing away, mostly Garden Warblers and Whithroats from what I could hear, but apart from that it was fairly quiet though as it was mid afternoon this was probably to be expected. With time marching on I reluctantly tore myself away from what was a fascinating collection of miniature habitats and headed back towards the car. On the way back my suspicions about the Reeve's Pheasant were proved correct when this splendid chap turned up. 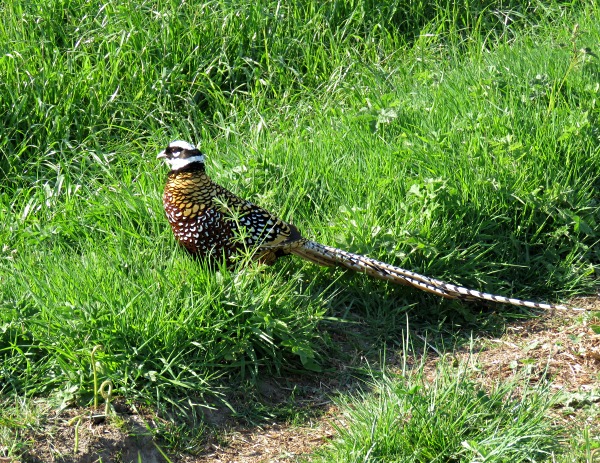 My second trip was a few days later to Bernwood Meadows nature reserve, another BBOWT reserve that adjoins Bernwood Forest which I have often visited for butterflies. This consisted of a couple of open Meadows, surrounded by Blackthorn hedges where Black and Brown Hairstreaks can apparently both be found at the right time of year. In the warm sunshine there were Garden Warblers, Whitethroats and Lesser Whitethroats singing everywhere and the gentle hum of early season insects. I passed a very pleasant hour or so wandering about, photographing the Orchids and looking out for any other wildlife of interest. 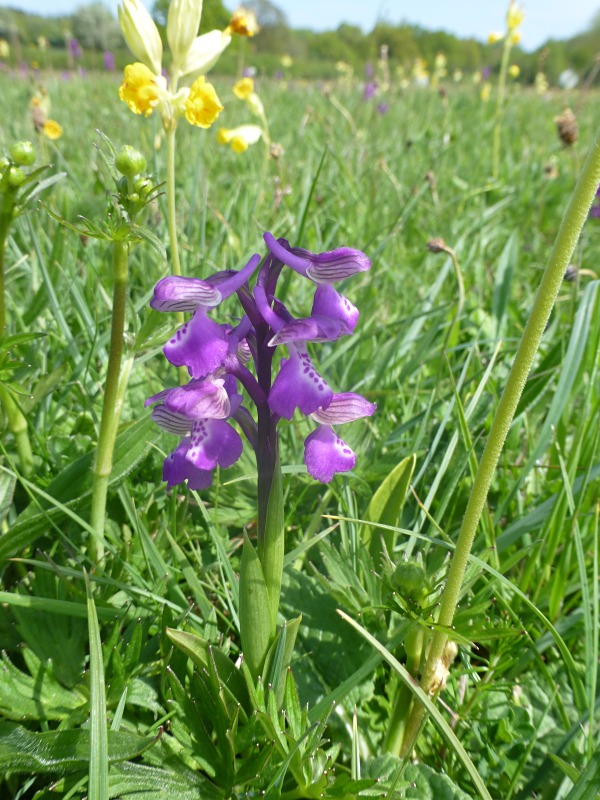 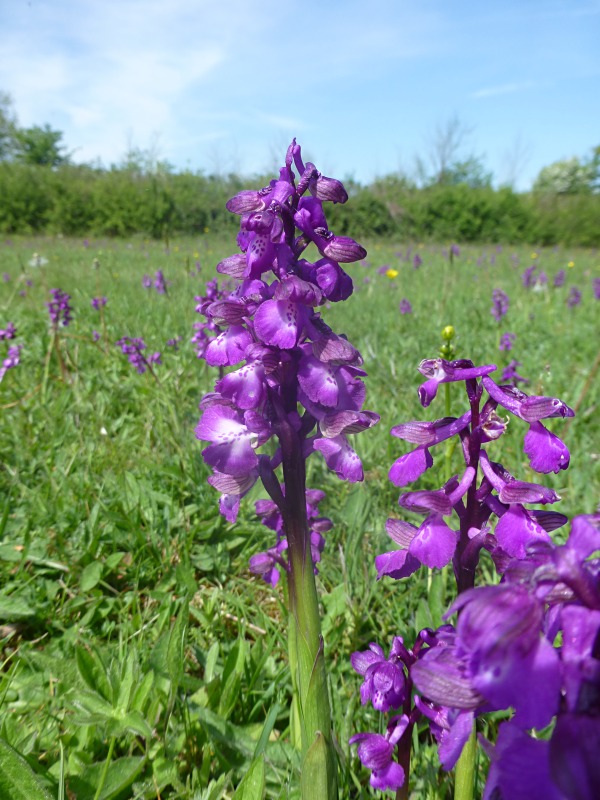 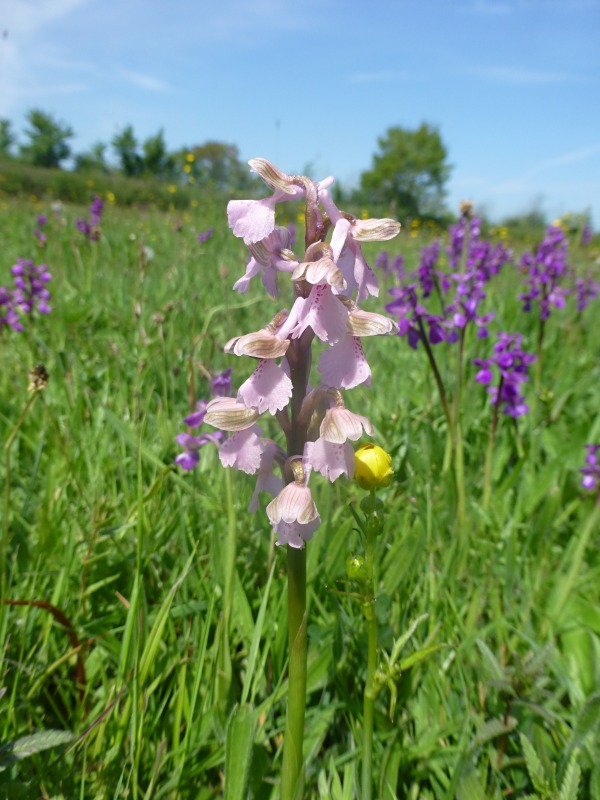 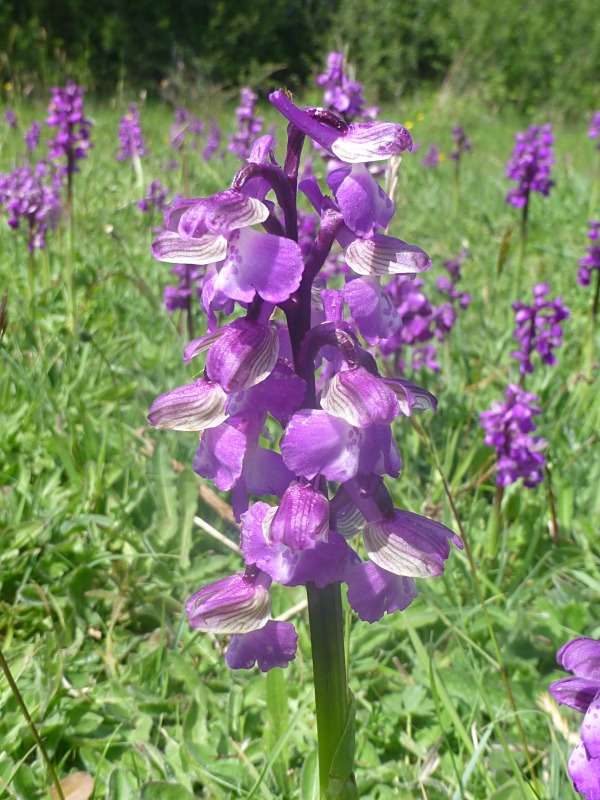 I'm starting to realise that there are lots of hidden gems in the form of the various local BBOWT reserves and it's most enjoyable getting to know them all. I wonder which one I'll visit next.
Posted by Adam Hartley (Gnome) at 11:42